ANOTHER 120 SPECIES went extinct today; they were my kin. I am not going to sit back and wait for every last piece of this living world to be dismembered. I’m going to fight like hell for those kin who remain—and I want everyone who cares to join me. Many are. But many are not. Some of those who are not are those who, for whatever reason, really don’t care. I worry about them. But I worry more about those who do care but have chosen not to fight. A fairly large subset of those who care but have chosen not to fight assert that lifestyle choice is the only possible response to the murder of the planet. They all carry the same essential message—and often use precisely the same words: Resistance isn’t possible. Resistance never works.

Meanwhile, another 120 species went extinct today. They were my kin.

There are understandable personal reasons for wanting to believe in the invincibility of an oppressive system. If you can convince yourself the system is invincible, there’s no reason to undertake the often arduous, sometimes dangerous, always necessary work of organizing, preparing to dismantle, and then actually dismantling this (or any) oppressive system. If you can convince yourself the system is invincible, you can, with fully salved conscience, make yourself and your own as comfortable as you can within the confines of the oppressive system while allowing this oppressive system to continue. There are certainly reasons that those in power want us to see them as invincible. Abusive systems, from the simplest to the most sophisticated, from the familial to the social and political and religious, work best when victims and bystanders police themselves. And one of the best ways to get victims and bystanders to police themselves is for them to internalize the notion that the abusers are invincible and then, even better, to get them to attempt to police anyone who threatens to break up the stable abuser/victim/bystander triad.

Published in the May/June 2006 issue of Orion magazine

THE MOST COMMON WORDS I hear spoken by any environmentalists anywhere are, We’re fucked. Most of these environmentalists are fighting desperately, using whatever tools they have—or rather whatever legal tools they have, which means whatever tools those in power grant them the right to use, which means whatever tools will be ultimately ineffective—to try to protect some piece of ground, to try to stop the manufacture or release of poisons, to try to stop civilized humans from tormenting some group of plants or animals. Sometimes they’re reduced to trying to protect just one tree.

Here’s how John Osborn, an extraordinary activist and friend, sums up his reasons for doing the work: “As things become increasingly chaotic, I want to make sure some doors remain open. If grizzly bears are still alive in twenty, thirty, and forty years, they may still be alive in fifty. If they’re gone in twenty, they’ll be gone forever.”

But no matter what environmentalists do, our best efforts are insufficient. We’re losing badly, on every front. Those in power are hell-bent on destroying the planet, and most people don’t care.

Frankly, I don’t have much hope. But I think that’s a good thing. Hope is what keeps us chained to the system, the conglomerate of people and ideas and ideals that is causing the destruction of the Earth.

To start, there is the false hope that suddenly somehow the system may inexplicably change. Or technology will save us. Or the Great Mother. Or beings from Alpha Centauri. Or Jesus Christ. Or Santa Claus. All of these false hopes lead to inaction, or at least to ineffectiveness. One reason my mother stayed with my abusive father was that there were no battered women’s shelters in the ‘50s and ‘60s, but another was her false hope that he would change. False hopes bind us to unlivable situations, and blind us to real possibilities.

But it isn’t only false hopes that keep those who go along enchained. It is hope itself. Hope, we are told, is our beacon in the dark. It is our light at the end of a long, dark tunnel. It is the beam of light that makes its way into our prison cells. It is our reason for persevering, our protection against despair (which must be avoided at all costs). How can we continue if we do not have hope?

We’ve all been taught that hope in some future condition—like hope in some future heaven—is and must be our refuge in current sorrow. I’m sure you remember the story of Pandora. She was given a tightly sealed box and was told never to open it. But, being curious, she did, and out flew plagues, sorrow, and mischief, probably not in that order. Too late she clamped down the lid. Only one thing remained in the box: hope. Hope, the story goes, was the only good the casket held among many evils, and it remains to this day mankind’s sole comfort in misfortune. No mention here of action being a comfort in misfortune, or of actually doing something to alleviate or eliminate one’s misfortune.

The aim of this blog is to provide detailed audio/video/written interviews with authors of non-fiction social, poltical, philosophical and environmental books that I consider essential reading.

Its aim is also to promote these books and the ideas in them in order to increase rational awareness, critical thought, and compassion.

– Richard Capes
The intro above is to a  fascinating blog I just discovered thru the article below. What a wonderful way to expand our perspective and find new ideas!

Dreams: An Interview with Derrick Jensen

http://moretht.blogspot.com/2011/12/dreams-interview-with-derrick-jensen.html
“I’ve been saying for a long time that science is an even better method of social control than religion because if I don’t believe in Christianity, then I’m just going to be consigned to a hell I don’t believe in anyway. But if I don’t believe in science, then I must be either crazy or just plain stupid.” – Derrick Jensen
Here’s my interview with philosopher, teacher, and radical activist Derrick Jensen about his book Dreams (Seven Stories Press, 2011)

The interview was recorded on the 13th December 2011.

An MP3 of the interview can be downloaded from here.

A transcript of the interview can be downloaded from here.

A video interview with Derrick Jensen on ‘Democracy Now!’ can be viewed here.

“Derrick Jensen is a rare and original voice of sanity in a chaotic world. He has wisdom and wit, grace and style, and is a wonderful guide to a good life beautifully lived.” – Howard Zinn

Posted by Capes
Email ThisBlogThis!Share to TwitterShare to Facebook

In Greece, Prime Minister Antonis Samaras coalition has split. The result is yet another delay in an austerity vote required for the next tranche of loans to Greece, and the PM warns of ‘chaos’.

Greece’s conservative Prime Minister Antonis Samaras is at odds with the Democratic Left party, a coalition partner, which is threatening to vote against the new austerity measures unless labor reforms included in them are scrapped.

This is part one of a two part transcript that’s over 5000 words.

In this interview, Chris Hedges talks about the template being used to harvest America– at the expense of the middle class, the sacrifice zones feeling the most pain, and the blood price we’ve paid for the rights they are trying to take away.

Thanks to ON volunteer Don Caldarazzo    for help with the transcription process.

Rob Kall:  And welcome to the Rob Kall Bottom Up Radio Show (WNJC 1360 AM), sponsored byOpEdNews.com out of Washington Township, NJ, reaching metro Philly and South Jersey, and online of course on iTunes, look for Rob Kall, for this, and other ones.

Tonight my guest is one of my favorite, if not my favorite progressive author, Chris Hedges. He’s got a new book… 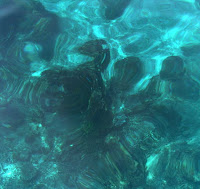 (…)
Not one step is taken without our knowing about it, we are with you every step of the way and things are going extremely well for all of you, whether you are awake or not. Unprecedented strides are made in all areas of your lives, you have tipped the scales, changed the outcome and gaining momentum now.

There was no doubt in my mind that you would be successful. My doubt would not have been beneficial for anyone, not for you and certainly not for me. Wavering is not a thing the Galactic forces allow themselves to do.

The efforts made at humanity’s expense to start more mayhem as the energies that are pouring down on you and Mother Earth are increasing by the day, are not allowed.

I did not get a chance to respond to Laura’s post earlier about this because I had company (and because I was in shock about the Plan to start a civil war in my country) but I am VERY glad she has chosen not to leave completely yet, her presence and energy are uplifting to all who encounter her, even briefly.
I also would like to recommend you all read her explanation of channeling in this message. I agree completely and hope that all will recognize their own inner strength and appreciate others channelings as inspiring pieces of art, and individual expression. We may learn from them, but I agree it is not best to rely on them instead of our own inner compass.
If you have not been to Here and Now, it is very worth exploring. Even tho Laura may not be adding as much that is new from now on, there is a great deal of wisdom, inspiration, joy and beauty to be found in the archives there.

The most important thing you can do for yourself, your family and your country is to VOTE! Vote early, or absentee vote or vote on November 6th. Whichever way you choose to vote, just be sure to vote. It is your right and responsibility.

I have been praying for all during this storm,and am very grateful that unlike during Katrina we DO have a competent, caring person as POTUS. He made sure to have the resources ready before the storm hit, and even tho it is very bad, I feel that things will be taken care of much more quickly and efficiently this time. No one is going to be dying in their wheelchair outside a stinking sports arena. Let’s all keep the people affected by this storm, the President and all the others responding to this in our prayers that things will go well, efficiently and safely for all to be restored to safety and normalcy as soon as possible.