You’ll be surprised to see who really profits from “springing forward.”

The answer to all of these? False.

Although most Americans will routinely turn their clocks ahead an hour at 2 a.m. on March 10, 2013, polls show that the majority don’t fully understand why they’re even doing it. “Daylight Saving Time is so confusing that everything we know about it is wrong,” explains Michael Downing, author of Spring Forward: The Annual Madness of Daylight Saving Time.

Benjamin Franklin is credited with the original concept that came to be known as Daylight Saving Time, when we “spring ahead,” or turn the clocks ahead an hour around springtime. It was initially intended for people to get the most out of the natural daylight so they could burn fewer candles and later, use less electricity.

Through its implementation during World War I and II, during the 1970s oil embargo crisis, and even today, it’s been touted as an energy-saving tool, which is why the practice was extended most recently through the 2005 Energy Act. The problem is the early studies suggesting Daylight Saving Time could save energy only looked at home electricity use. More recent reports also factor in gasoline energy use, since people drive more when natural light remains later in the day. “When you give Americans more daylight at the end of the day, they get into their cars,” Downing says. That’s why the petroleum industry has been a longtime supporter of the time change, he adds, noting the extended after-work sunlight hasn’t definitively been proven to reduce traffic accidents, either, as sometimes claimed.

Beyond that, a 2008 University of CaliforniaSanta Barbara study looking at Indianaa state the resisted Daylight Saving Time until 2006found that Daylight Saving Time actually increased residential energy use to the tune of $8.6 million, with the biggest increase in household energy occurring during the autumn months. (This study didn’t even factor in gasoline use.)

OK, so the time change is a flop in terms of saving energy. At least it helps the farmers, right? Not so much. “Farmers were vociferously opposed to Daylight Saving Time. They hated it from the start,” explains Downing. “Farmers really used morning sunlight. Turning the clocks ahead had the effect of giving them one less hour of daylight.”

Even today, many farmers lament this time of year because it disrupts their schedules and connection to the natural world. “That dramatic change from having the daylight in the morning to suddenly going back to darkness, it’s kind of jolting,” says sustainable farmer Zach Lester, cofounder of Tree and Leaf Farm in Unionville, VA. His customers are affected by the change, too. When Lester goes to market the Sunday morning following the time change, shoppers generally start rolling in about an hour later.

So what is the point of Daylight Saving Time?

The Chamber of Commerce was an early supporter of extending post-workday natural light because it knew factory workers were more likely to go shopping following shift work if the sun was still shining. Later on, people were more likely to fill up the tank and head to sporting events or the mall, which to this day greatly benefits the oil industry.

Because so much extra gas is sold during Daylight Saving Time, the lobby representing convenience storesplaces that sell tons of gasare among the biggest backers of keeping the time change intact.

Downing says the golf course industry also loves Daylight Saving Time because it’s the one sport for which it still isn’t economical to use artificial lighting to extend hours. “The golf industry makes about $200 to $400 million in extra greens fees during Daylight Saving Time,” he notes.

While most of the country runs on Daylight Saving Time today, with the exception of Hawaii, a state with nearly equal day length year-round, and Arizona, which refuses to adopt it, things weren’t always this uniform.

Initially adopted as a wartime-only policy, New York decided to bring Daylight Saving Time back after World War I and adopted a metropolitan Daylight Saving Time law for the city only in 1920. Cities ran on it, suburbs did not. “Because it was such a powerful influence on the economy, almost every city from Chicago eastward immediately adopts it,” Downing says. By 1921, though, Massachusetts boasted the only statewide policy, leaving a patchwork of times across the country for the next 10 years. “Trains are unable to keep schedule; all transportation is thrown off by this,” Downing explains. “By 1965, 100 million Americans are changing their clocks and 80 million are not.”

Time changes are more consistent now, but that doesn’t mean Daylight Saving Time wreaks any less havoc on our bodies. People already dealing with sleep problems, night-shift workers, and those living with Seasonal Affected Disorder, or SAD, are most likely to have a harder time bouncing back from the time change. Generally, pushing the clocks ahead an hour creates the same effect as crossing time zones, which is why Downing says Daylight Saving Time is the perfect time to plan a vacation, since your body’s internal clock will be thrown off anyway.

Although temporarily punishing on our bodies, it’s hard to deny the benefit of what feels like longer days, no matter which industry is benefiting financially. “Americans like the after-work available light hours. That’s the key to Daylight Saving. People feel like it extends their summers,” Downing says.

“Because we’re so far north of the equator, people fall in love with Daylight Saving when they’re given it. They get attached to it,” he adds. Because of that, there have been very few successful efforts to get rid of it and, love it or hate it, Daylight Saving Time could be here to stay.

5 Ways You Can Spend the Extra Hour without Using Extra Oil or Electricity
Start seeds for a springtime organic garden.
Try a few yoga poses.
Exercise with your pet.
Go for a leisurely bike ride.
Get a jump on spring cleaning using our green cleaning recipes.

( Read the original article on Rodale at the link below- 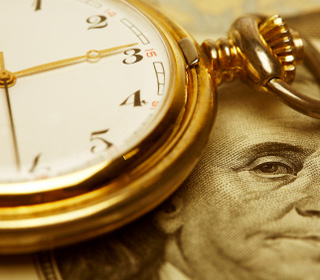