I do not know if it is poor manners to copy and post this, if so I apologize! But this touched my heart and blew open my mind as nothing I have ever read online has done, so I feel compelled to share it in case it does the same for others. I do not know if BeWise has a blog, but if so I will link to it as soon as I discover it.

What he has written here, is much of what I was taught growing up as well. Reading this felt like having layers of muck cleared off the screen of my mind all at once. 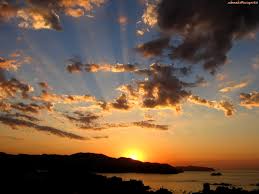 Hello again Sue and ohnwentsya. For me the idea of ascension seems to be another duality. They way its presented as a choice, for those choosing the downward spiral while those choosing the upward spiral, those choosing constructive patterns while others choose destructive patterns, those staying in 3d, or moving to 4d, then to 5d, it is still a duality, a hierarchy. And with the indigenous upbringing, duality, hierarchy is just an illusion. We are all one, no matter what dimension you dwell in, and the value of an ant, or a tree, grass, plant, the air we breath all have the same value. Also, in my indigenous upbringing I was never taught to use the term divine, because this world itself implies hierarchy, duality, and separation. In order for something to be divine, something else has to be undivine basically separate. I was taught that ALL THAT IS, is ABSOLUTE. Why do we have to choose dark or light, when these both are illusions as well. The question is, and bear with me, is choice an illusion? I understand the we all accepted to incarnate into this grand experiment and that we decided we all wanted to evolve spiritually and consciously.

The way you present it Sue, saying you will receive your light body or crystalline body but I have been taught that we are all light bodies already. Also you say that by helping others it can diminish their experience but I have been taught that by helping others you are helping yourself. It does not matter what choice you made, what matters is the experience because we are all truly experiencing the same thing in our own unique ways. A great example is the life of Buddha, he ascended, but he also understood that the real work is done by helping others. He himself said that by ascending this 3d reality is really a selfish act. The life of Buddha also started with a selfish act when he left his wife and new born, saying they held him back.

When I had my first child, I knew that this would allow me to grow spiritually because I no longer lived for myself, but lived for someone else. My life was no longer my own and I accepted this because it made me understand that we all must learn to be selfless, compassionate, empathetic, patient, and to love unconditionally. The offspring of your own essence allows this, which is why source allowed us to separate and enter the grand experiment.

Now dont get me wrong, and I mean this with all due respect, with love and gratitude. I understand a lot of what you are saying, and except it as a truth but the ascension you speak of still seems to imply separation. For me the goal is community, the full circle, the unity, and we have yet to experience this in the 3d realm. This is why I feel that before anyone can ascend this realm, we must learn to experience unity in this 3d realm, because we all came from unity, source of ALL THAT IS, and the goal is to recreate it in the here an now, together in unity, not separately. This is why the entire cosmos is watching with anticipation seeing if we can recreate the unity where we all came from. And yes it does take much inner work, but it also takes outer work as well. The balance that must be achieved, and yes we change our inner self we also change the outer experience. But this must be done collectively and not individually. I guess the difference is, you see this with an individual perspective and I see it as a whole. Yes I am an individual but I am part of a greater community. What I do affects the entire community, the community being the entire human race and every living thing on mother earth, as well as all living things in ALL THAT IS.

This unity I guess is what is holding me back from accepting the idea of ascending into the 5d realm. In my mind and heart, the darks only task was to create separation, and it has done it well because this new age talk of 5d still implies separation, which is the goal of the dark. What I am trying to say is that if there is a choice to be made, then that choice is either separation or unity. Its not whether you choose to ascend into the 5d or choose to say in the 3d but whether you choose to separate from ALL THAT IS and ascend into the understanding that everything is ALL THAT IS and you unite with it. If we have free will then this is the choice we all have to make.

Believe me, I want to accept the idea of ascending into a 5d realm but my heart and inner self just will not allow me to accept it. It tells me its the easy way out and it tells me that it just does not exist because the true existence is in the here and now. It is just like the saying, yesterday is history, tomorrow is a mystery, but today is a gift, that is why they call it the present.

All infinite possible realities are converging at this point of the here and now. Also the idea of 5d was never taught to me by my elders, what they taught was that the coming age and era of the 5th sun. Now they never implied that we would ascend into a 5th dimension, but said we are currently living in the era of the 4th sun. The 5th sun is one where humanity will unite in love and compassion and create the new earth now, in the present.

The elders would say, this is the reason we are all here at this very moment, and is the reason why billions of souls incarnated in the here and now. This is why I do not understand the concept of ascending into the 5d realm. Why would ALL THAT IS allow billions of souls to incarnate for only a few thousand maybe million to ascend into the 5d realm. This just does not seem like the work of ALL THAT IS.

Ascension for me, is the unification of humanity and all living things on mother earth and the cosmos of ALL THAT IS. This is what ascension is to me, according to my perspective. Just look at the current state of the world, there is no unity, meaning there is no love. Love is unity and this is why I would rather say In Love and Unity than Love and Light. How can I ascend into the 5d realm when there is much more work to do in order to create and united humanity. Like I said, ascending into the 5d realm, according to my heart and inner self, is the easy path, because it teaches you to focus just on yourself and not the collective whole of humanity.

What is your choice Sue, separation or unity? You decide.

With Love and Unity to all,