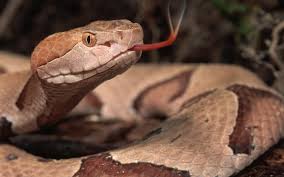 While I agree about the larger issue he is discussing to a great degree, I find the human tendency to psychologically project their “issues”, negativity, guilt, “darkness” etc onto beings that are programmed into the human nervous system as “dangerous” such as snakes and other reptiles, very disturbing.

As cultures change and shift over time, especially in the period in which the archons were solidifying power and control on Earth, older cultures, their gods, beliefs and ideas were demonized and turned into caricatures of evil.

From the Nagas, that many hold to be representative of an ancient Goddess culture, to the northern European ‘Bringer of Light’ Lucifer who was similar to the Oak King in Druid lore, celebrated at midwinter as the Return of the Light, now being considered the father of Darkness and Evil, we see this pattern across the world.

Even the metaphor of Light vs Darkness is taken as REAL rather than a metaphor-as if the sun setting is a horrible thing (anyone who lives in the subtropics as I do could tell you it is often a sacred blessing!;-)

The real war here is not between sunrise and sunset, or mammals and reptiles-those are only stories to help you understand.

The real war is between the urge toward selfishness, uncaring, disconnection from other living beings, and the inherent imbalance these things generate in the Universe, and Balance which is based in Love, connection, respect for all living beings-being a functioning part of the many systems of which each being is inherently a part.

As the decolonized wolf story showed, hypersimplifying things cripples us in reality.

Yes, there are beings who have made the personal choice to create imbalance and suffering,and even those who feed on others suffering and who defend that choice vehemently. And yes there are beings who have chosen to seek a return to balance, to create healing, spread love, compassion and gratitude instead of greed, cruelty and suffering. Those beings are not defined by species usually(except archons who are literally not from this universe, but they are not really a species as they are non-physical beings).

We are not good because we are light and live in the light-and earthworms and snakes are not bad because they usually live in dark places (snakes love to bask in the sun so it seems they like the Light as well as anyone;-)

People with light skin are not superior to people with dark skin-metaphors are just teaching tools, they are not reality.

What we need to decide is not which “side” we are on; that as BeWise has pointed out so eloquently, is just more duality. Are we going to choose to take the easy path of what looks pleasant and feels good to us (as Anton Zander LaVey the founder of the American Satanic church would advise) or are we going to choose to act from the heart for a world in balance, a circle unbroken?

Will we take the harder road to creating unity and love, within ourselves and then throughout our world with all living beings? Will we listen to the still small voice in our hearts that always tells us the same things Jesus and Buddha would tell us, to reach beyond what we perceive as our limits into more Love, healing, and caring for all living beings?

No one can choose for any other, no matter how close we may be or how much we love them, and no one can live your choice for you if it feels too hard. Often the choices that look easiest up front end up being the hardest in the long run as a quick glance at the balance of karma will show.

It is a tricky balance to act in such a war where some appear to have free reign to create harm, and we must walk a narrow line between defending ourselves which we must do at times, and acting at all times from the heart. Sometimes the most loving thing you can do for another being is to NOT allow them to create more awful karma by harming you! Yet by giving in to anger, hate and “othering”, we fall right into a trap.

Balance, Respect, Compassion, Love and recognizing that all things are parts of larger systems, are keys I have found helpful to this puzzle-box door.

Let go of the need to follow, to find a teacher who is “right” or to prove to others that you are “right” and simply be. Listen to your own inner knowing, to your heart in the stillness.

Archons cannot feed on those who are in balance. When the circle is whole and healed they will be shut out and forced to return to their own home, their own circle and learn to heal themselves and their own world, in their own way.

Most snakes are harmless, and those few that are dangerous, like other dangerous reptiles such as alligators, deserve your respect not your fear and hatred. You are not their natural prey, so simply staying out of their way is generally all that is required. Respect and Love go futher when dealing with just about any creature, than hate and fear.

The Ways Of The Archons from James Gilliland

We have spoken earlier about the archons, the regenerate ETs, astral beings, at the lowest level some real dark serpent beings. As I write this article they are really pissed off hitting me with some real sickening painful energies. They were working last night in my dream state creating extreme negative scenarios with old lovers, family and friends. As I speak I am laughing at them. Before I continue with this article I have to clear them to insure the information is correct. There, now that that is done we can continue. I hate to burst the bubble of many new agers, yet there is a war going on. It is an interdimensional war, which is acted out as above so below. The below is the gross uneven dispersal of wealth, the planned obsolescence, the enslavement through dependency, the pollution and destruction of the environment, as well as the manipulation and mind control through various mediums. The above is the archons who feed off of the negative emotions, the pain, suffering, sadness, sorrow, etc. They have manipulated humanity through the network, which is filled with false dreams, the American Dream, desires, wants and needs including the need for acceptance and approval by social consciousness through external means. These manufactured desires are all external designed to keep everything external, trapping souls in the physical 3d reality. They focus on the first three chakras survival, sex and power, now even using those close to you to hit you in the 4th chakra to take you out of love and into confusion, pain, and suffering.

There is a story of Buddhas awakening where the dark lord uses fear, tsunamis, hordes or demons fires, his sexy daughters, his own wrath all to pull Buddha from his center. To trap him back into the 3d reality he was transcending. This is happening on a grander scale, because the archons are loosing their battle with the 5th, 6th, and 7th dimensional beings, the very Source itself. They are pulling out all stops, using everything at their disposal to keep the awakening Gods, YOU trapped in be lie ving your 3d reality is all there is to you and in this lies your security. Many are falling, going back to what they believe is security, trying to recreate the past, completely sabotaging their awakening, agreements with their higher selves, their spiritual families, and the very source itself. In some cases those observing on high are just shaking their heads almost in disbelief at the self-sabotaging choices and actions carried out by wounded egos. These higher beings know soul evolution will not be stopped, the reactions to actions against universal law cannot be avoided and try as it might, the wounded egos will experience the lessons no matter how hard they may be to get back on track with soul evolution and spirit.

These higher beings also know it is not the destiny of Earth to neither fall into the hands of the archons nor be under the control of their network. The saviors need to trust, allow those who have chosen the path of the ego, the false security of the external to have their lessons no matter how hard they may be. It is time to practice loving detachment, set some firm boundaries and be an example by refusing to participate in the dramas of those who have chosen to act in ways that are self serving, impacting those around them, humanity and the Earth in a negative manner.

It is time to know who the dark forces are, their ways and buck up for battle. The ultimate power is love, many will fall even those closest to you yet now is the time to rise up to the new 5th dimensional energies rather than join those who have chosen the downward spiral. Know that this too shall pass, it is a process and hopefully when it all gets sorted out after some real hard lessons you just might see those who fell on the other side of this shift. It is up to those who are not seeking help, choosing not to participate in the awakening and healing process and continue with the ego driving their destiny to save themselves. We no longer have the luxury of dragging them along nor should we. It is time to step out of the archon network, know it for what it is, realize it is on the way out yet it will do everything in its power to create as much chaos, pain and suffering possible to maintain its sick little world. Hang out with and support the real wayshowers, the ones who are empowering you to make your own personal God/Spirit/Creator connection, break the bonds of enslavement due to external means, the need for acceptance and approval outside of self, attachments to people places and things.

The old external 3d ways are coming to a close. The balance between internal and external, Christ consciousness where God knows itself to be man/woman and man/woman know themselves to be Gods is coming. It is time to flow with it, become it. In the days to come trying to hang on to the past, the old ways, the old world will become the greatest insecurity and hold the hardest lessons. It is a time for right living, right choices, right actions. Be well.

The Ways Of The Archons from James Gilliland | 2012: Whats the real truth?