Only one day after his release from federal prison, Peaceful Uprising, Gage and Gage Productions and Gathr Films are celebrating and welcoming Tim home, with echoes of love, joy and resolve resonating across the country. On Earth Day, April 22, for DeChristopher’s first viewing with his community of the film that premiered last year, they are coordinating the simultaneous theatrical release and community screenings of Bidder 70 in Salt Lake City and at 50 nationwide locations.(excerpt)

At a time when the debate over climate change is finally gaining post-election traction and hot topics such as fracking and theKeystone XL pipeline have captured public attention, the documentary Bidder 70 is poised to showcase a movement that has steadily gathered force, particularly among millenials, who harbor grave concerns for the increasingly perilous future. The feature-length documentary chronicles how renowned activist Tim DeChristopher’s civil disobedience blazed new opportunities for the climate justice movement.

In the latest step toward opposing oil pipelines at every port in Canada, the Tsleil-Waututh Nation of Burrard Inlet signed on to the International Treaty to Protect the Sacred yesterday. The nation held a press conference at the Sheraton Wall Centre where newly elected Chief Maureen Thomas signed the document, witnessed by the president of the BC Union of Indian Chiefs Stewart Phillip and national chief of the Assembly of First Nations Shawn Atleo.

The West Coast Oil Pipeline Summit followed the signing.  The theme of the event was urgency, with several leaders touching on the need to oppose development at a grassroots level. 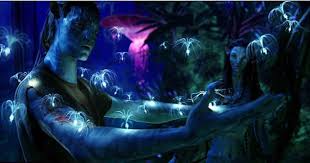 Today is Mother Gaia’s anniversary and it also conincides with the release of Sirius, Dr. Steven Greer’s Disclosure Movie. Here is the link (thanks to Waldemir) for the watching the movie : http://www.yekra.com/sirius/#!/deployment_code=86242579mlbyjd

I hope the movie is a success and that people will awaken to the reality of the fact that we are not alone, no matter what main stream media and our governments tell us about ETs. I think it is clear that more and more peopole now know that our governments cannot be trusted because they are sold out to corporation: body, mind and soul.

LISTEN TO THE AUDIO RECORDING FOR 4/4/2013 REGARDING CHINNAMASTA

We are back up and running just in time for Earth Day today. Happy Gaia-Sophia Day!

The picture of the butterfly above reminds us what is happening this month (the “strike point”). We are receiving an energetic upgrade that feels to us like being a butterfly released from the cocoon.

Once again today, we need to be careful not to wound or sabotage ourselves. There is a strong pull toward this, so if you feel like you are coming under this influence, focus on what you can learn from the situation or your feelings. Wisdom will be gained.

Chinnamasta continues to work at blowing our minds and showing us the truth of matters. She also continues her work at granting wishes and blessings.

Today is a day for celebration, not strife, so let’s send the love back to the planet.

Let’s also send some love to wise owl Jean Haines at http://jhaines6.wordpress.com/. Jean has worked tirelessly to spread light. She’s making an impact because she is under fire from ugly-acting (archontically-controlled) people. We catch hell when we’ve made hell mad. Keep up the amazing work, Jean, and carry on with the badge of honor. We love you!

I hope everyone has a beautiful Earth centered celebratory day today. I know things are dire all over, and there is still much work to be done, but today we can celebrate what we have done so far, we can plan for what we will do, and we can celebrate most of all the beautiful blue and green planet that sustains all the Life we know!

Plant a tree, bless the lands and the waters, get out into nature and feel your own deep connection with our planetary Mother and the raw joy of being part of such a deeply beautiful and amazing planet!

Remember-we’ve only got this ONE so we might as well treat Her like the sacred, amazing and beautiful being She Is.;-)

How Monsanto Went From Selling Aspirin to Controlling Our Food Supply

Monsanto researchers in Stonington, Ill., are working to develop new soybean varieties that will be tolerant to agricultural herbicide and have greater yields in July 2006. (Photo: Monsanto via The New York Times) Monsanto controls our food, poisons our land, and influences all three branches of government.

This article was published in partnership with GlobalPossibilities.org.

Forty percent of the crops grown in the United States contain their genes. They produce the worlds top selling herbicide. Several of their factories are now toxic Superfund sites. They spend millions lobbying the government each year. Its time we take a closer look at whos controlling our food, poisoning our land, and influencing all three branches of government. To do that, the watchdog group Food and Water Watch recently published a corporate profile of Monsanto.

Patty Lovera, Food and Water Watch assistant director, says they decided to focus on Monsanto because they felt a need to put together a piece where people can see all of the aspects of this company.

It really strikes us when we talk about how clear it is that this is a chemical company that wanted to expand its reach, she says. A chemical company that started buying up seed companies. She feels its important for food activists to understand all of the ties between the seeds and the chemicals.

(this is only the intro!Please click the link below to read the article on Truthout-

The really disturbing thing is-they SHOULD be prepared because there are companies that provide bacteria and fungi that EAT oil and convert it to nontoxic substances, but these are routinely ignored and suppressed instead fo being used to clean up the mess. Its as if they are not spilling by accident, but on purpose To CAUSE exactly the sort of damage that is being caused. But I guess I shouldn’t say that, I might get called paranoid and crazy-but which is crazier? I think poisoning people and getting away with it wins hands down.
Much thanks again to the amazing Earth First Newswire for always having informative and important stories like this.

A recent article in Newsweek outlines the shocking health problems, including neurological damage, that workers and residents at the 2010 BP oil spill disaster site have suffered in the three years since the incident. Considering the insane amount of oil spills that have taken place in the last couple months, it was too relevant to ignore.

As Newsweek writes, one victim of the spill, Jamie Griffin, was feeding cleanup crews during the disaster. Representatives from BP told Jamie that the oil tracking into her workspace was “safe,” and that she should “just mop it up,” which she attempted to do, having no idea the pain it was going to cause:

Within days, the 32-year-old single mother was coughing up blood and suffering constant headaches. . . Like hundreds, possibly thousands, of workers on the cleanup, Griffin soon fell ill with a…

It’s crazy it is even being considered, but Big Oil is pushing hard to get the toxic Keystone XL pipeline to run right through our country. The risks of pumping this tar sands sludge through our prairies and fields are endless, and it could single-handedly set off runaway climate change. But President Obama still has to approve it and people power has already pushed him to refuse it once.

Right now, there is a formal popular consultation running for us to tell the President what we think. The dirty oil industry is pressuring him with all their might to do it. Our voices are the only way to counter their noise – and we only have til Monday. Already 850,000 messages have been sent — let’s push for one million to stop Keystone — click below and send a message now:

The oil in Alberta that Keystone is intended to carry is called “tar sands” — it’s all mixed up with tons of heavy impurities, so it has to be strip mined as a semi-solid instead of drilled like normal gas. When scientists built models to predict how much the climate could change, these reserves weren’t on the map. But if we added this planet-warming sludge to the mix, the consequences would be devastating.

Keystone XL would help make that happen. Up until now, no one had tried to extract the tar sands oil on a massive scale — it was too expensive. That’s where Keystone XL comes in. The pipeline, if built, would make it easier to get the stuff from Canada into gas tanks, so they can go to town extracting it, and killing our planet.

In addition, experience tells us that spills along its 1,179 mile course are inevitable

It’s disgusting, really, how malleable the American public has become. We let it happen. We have allowed the feudal lords to tell us that no matter the cost, we must have our guns because the government is out to get us. They tell us that we have no money, so we must cut police and fire and, their very favorite for the chopping block, education. Education is always the first to be cut and the last to be restored. We are told that women should have no choice and to even think it is tantamount to murder. We are told that climate change is just an unproven theory, even though 97 per cent of the world’s scientists say otherwise. That doesn’t matter to the feudal lords who could care less about an oil spill or a fracking explosion in your back yard. They live in their grand homes, far from the danger and they are so blinded by their own greed that they don’t see that the demise of the environment will mean their demise as well as ours. So they’ll lay down and die covered with thousand dollar bills. But you know what? Dead is dead, whether you’re a prince or a pauper.(excerpt)
excellent article! Very glad to read that cadesertvoice is feeling better too. It always looks darkest just before dawn, so I am holding on to my faith in miracles. Orwell warned us-it is so plain a toddler should be able to see what is going on, but only time will tell if enough of us will wake up and take action before the corruption ends in a collapse.

It’s been almost two weeks since my last post. I had a close call with a bacterial infection. I’m on the mend and will do my best to post a bit more frequently. Thank you all for for subscribing. It is appreciated! Marion

The Rise Of The Feudal Lords