Being consciously aware of how we create our own reality is a really great and powerful thing, but it’s also made a lot of people feel bad that they aren’t creating what they want even when they are ‘doing all the work’.

Sometimes our soul has other, better plans for us than what we think we want. Other times it is a matter of timing: “Timing is more important than we can consciously perceive. Thinking we are above divine timing is like thinking we can control nature. Divine timing has a rhythm and a flow that is perfectly co-ordinated and much peace comes from really accepting that. Your soul knows what it is doing on a higher level even if from your perspective things are going way slower than you would like.”

From A New Chapter http://ow.ly/mKyaX

A federal judge has allowed a five-year-old case on government surveillance to proceed—rejecting the government’s argument from December 2012 to invoke the state secrets privilege and dismiss the case. However, in the Monday ruling, the judge also allowed the government to dismiss some of the counts of alleged violations, citing the principle of sovereign immunity.

In the case known as Jewel v. NSA, the Electronic Frontier Foundation has charged that a number of AT&T customers’ constitutional rights were violated under the domestic surveillance program authorized during the days of the Bush Administration. The EFF initially filed the case on behalf of Carolyn Jewel and other plaintiffs back in 2008, so it long predates the recent disclosures by former NSA employee Edward Snowden. Jewel, the lead plaintiff, is a romance novelist who lives in Petaluma, California, north of San Francisco.

via Judge throws out “state secrets” defense in light of NSA…

Summary: TheAngryindian speaks with Afro-American author Chris Williams about his most recent editorial: ‘America Owes African-Americans More’ / [http://www.huffingtonpost.com/chris-williams/america-owes-african-americans_b_3537305.html] and offers a free-flow of Afro-Indigenist commentary on the crisis of Fourth World self-colonialism and the intentional, anti-human psychological misuse of the racial epithet ‘Nigger’ and how this relates to the loss of the Voting Right Act.

Thank you, Bearspawprint-this is important news. 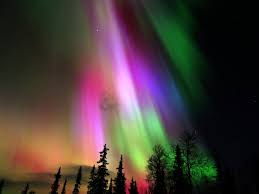 You are tired and perhaps more than a little flustered we gather, as you have all been through a rather intense few days. Let us just give you all a little heads up as to what went down on Sunday during the Gathering, as we think you will all find some comfort in knowing that the energies you provided to the rest of humanity will be very much welcome indeed. For you have all been working so hard on behalf of us all, and as we mentioned, what you help bring down to Earth is something that will be of immense importance not just to all persons residing there, but also to All of Creation. We know this might elicit some frowns of disbelief, but as the old saying goes as above, so below, and indeed vice versa. For nothing that exists anywhere in this universe and beyond exists as a solitary island, and even if you many times will feel like you are stranded on a small orb slowly drifting out there in the pitch black darkness of space, you are not lost or alone no matter how lonesome you will feel at times.

For you are all so deeply connected, not just to each other, but also to the rest of Creation, so every step you take will have some effect on the whole. And you are making so much progress for us all by the way that you are acting as these transmitters of light on this little blue marble of a planet. For this small island in this vast ocean of space plays a major role in everything, and as we have talked about earlier, much interest is invested in the rebirth of this creation.

For the birth of this planet way back was only the beginning of a very, very long journey. A journey not only for mankind, but also for every civilization that at some point has had their emissares on the surface of this planet. For as you know very well by now, mankind is not an isolated creation in a lifeless ocean. No, mankind is simply one very special creation amongst a sea of other intelligent lifeforms that exists in every corner of this unending grid of light. You have yet to see these other fellow beings, and even if many of you have found a way to communicate across the borders as it were, you are still very much left feeling as if you are in fact all alone in this biosphere.

But again, you are not alone, and you never have been, and you all carry the seeds from home that have now been watered and have started to grow within. And so, you will feel the calling from the outside, and you will know deep within that even if you do have a human outside, you also harbour much wisdom and intelligence within that originates from a very different place. And so, what you all do while you are playing your human part is actually much more imporant than just the effects it has on the so-called human society. For what you help bring down to this planet by your willingness to be these living conveyors of light will help us all reach even further and higher than ever before. For you are not only saving yourselves by lifting your own level of vibration to new heights again and again, you are also lifting so many others along with you. Your fellow men, of course, but also the rest of us, as you are putting the finishing touches to an endeavor no one have seen the likes of. So as you learn, we also see new truths emerging, and we can use that to refuel your flight even more so.

This will sound that we are in some ways walking just as blindfolded as you on this journey, but nothing could be further from the truth. For we do know what we are doing here as we stand by your side every step of the way. But what happens when the plan is put into action as it were is also a revelation to us. For you are indeed pushing the limits in so many ways, you are educating us alongside with yourselves, and as such, this endeavor is increasing in effect and in magnitude daily.

So let us just return shortly to what you have just been through, for that was indeed a perfect example in point. We gather that for many, the actual event may not have been as gratifying as you might have hoped for in the way of clarity or information during the time you connected, but do not let that lure you into thinking that you did not succeed in your efforts to connect. For as we said, you do not have to DO something, all you have to do is BE, and that is something you can not help but BE. In other words, you are already working up a storm by the very fact that you have surrendered yourself to this energetic grid a long time ago, and as such, your endeavors will be fully on par with those that can report many interesting insights from their own sojourn into this space beyond space. For you have all been to the same place as you have all been connected to the same grid, and so, your contribution will be no less valuable than the ones who can give a detailed report of all that took place while they took the same journey as you did. For you all went home, to put it in another way, and what you helped to bring back down to Earth with you, is in no way determined by your own image of it. For you have all become super conductors by now, and the amount of energy that was pulsed out from each and every one of you and into the Earth grid was by no means puny.

We know this will perhaps bring little consolation to those who felt they missed out on something, but again, perception is not reality, as what we saw during all of this was nothing short of breathtaking. It was as if a fire slowly started to spread all over your globe, as one by one you all opened yourselves up to act as amplifiers for what you managed to take in from the collective grid. And what you poured out from your hearts has already started to touch millions of other hearts, and one by one these waves of living light will start to dissolve even the hardest of resistance.

So once again we thank you all for the beautiful work you do, and know that you are bringing mankind and indeed the rest of Creation a very big step forwards by the very fact that you wake up every day, living and breathing the very light that you help to deliver to everyone else around you.