Locking Out the Voices of Dissent: Arrests Demonstrate Restrictions on Right of Assembly. 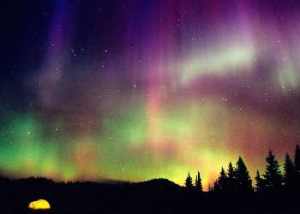 The manuscript of survival – part 337
by Aisha North
As we have talked about earlier, these times will be somewhat frustrating for some, while they will be more than eventful for others. And we do mean that in a positive way, as doors have started to open for so many of you by now. And what hides behind these doors? Well, let us just say that there are things there you used to know, but that have been lost in obscurity for a very long time. But now, it is time to bring it out in the open. So even if this time of the year may be construed as a time for relaxation, it will not be so for all. For you will find yourself cramming anew, like an eager student restarting school after a prolonged period of inertia.

So rest assured that although you might find yourself very busy, you will also find that this activity will bring with it so much joy. For you are not made to just lounge about dear ones, even if that is what many of your fellow men are enjoying the most at this time of the year. No, you long for expansion in all sorts of ways, and you will find yourselves pushing the envelope in every direction. For you are hungry for knowledge in a way that perhaps you have never felt before, and so, you will find information and tidbits in the most unexpected of places. For the more you open up to this, the more you will find manifesting on all sides. And the more you drink of this well of knowledge, the thirstier you will all become.

And rightly so, for this is just the beginning of this re-education of mankind, and what you have seen so far are only the tiniest crumbs, much like those left in order to show you the way ahead. For this is just to wetten your appetite, and to help you to start looking forward in a very new way. So take time to look around you, so as not to miss out on any of these sweet tasting morsels that may lie about unnoticed by the general populace. For you will find sustenance where others fail to see anything of value at all, and as such, you can truly call this a quest for undiscovered treasures.

Today is a day to remain in control.

The relentless assault of a pounding drumbeat, courtesy the Mahavidyas, is driving negative forces mad. The reverberations are pushing them out of the crooks and crevices of our psyches and hidden places where shadows linger. The drumbeat is forming a supernatural wave that these negative forces cannot withstand.

This means they are on the loose and on the run. It’s a free for all, a circus. It’s chaotic. It’s shattering.

People respond to it with anger, aggression, pushiness, and conflict.

So you see why today is a day to remain in control. We will be like the rocky cliff, strong and steady against the barrage. The energy is pushing out negativity but these thoughtforms/beings do not want to loosen their grip, and they are angry. As they come unhinged from their hold on us, we feel it and it feels like we are the ones coming unhinged. The tendency is to feel out of control, powerless, careless, and weak.

We need to remember that this is just a by-product of the process. Don’t personalize it or take it on. Relegate these feelings as part of the Alchemy of the Mahavidyas and let them do their work. Don’t get caught up in the game and succumb to negative thoughts about yourself (which are last-ditch efforts of parasites who seek to maintain control of your mind).

Instead, view it as a grand cosmic drama where ancient heroines, sprung from the mind of the Great Goddess herself, spin away at the forces of darkness. The heroines’ mighty churn pummels the forces to dust. They are the ones rendered powerless.

This is what’s happening today. But it’s easy to misinterpret and think that we are the ones targeted for pummeling. We aren’t. Keep the drama outside of yourself. In other words, don’t get caught up in drama. There’s plenty to be had all around us today, but we aren’t engaging it.

We are otherwise engaged in finding beauty, which will keep us grounded while this energy swirls around us. Remember that it is not a good time to have serious or important discussions until after Friday. Under this energy, things come out of our mouths that shouldn’t, so keep your cool. This is the challenge.

Reinforce your connection with the consciousness of the planet by connecting with nature and bear witness as history unfolds.