Thank you for this wonderful post! A bit of dry mocking humor makes it easier to read about this otherwise distressing stuff.
To my readers-lots of good info and links if you click thru to this post!

I wish all confusion was so amusing.

Lots of folks are confused about a lot of things like climate change and fracking. A great deal of this confusion has been-man made by industries interested in profits by all the usual means and then some. Hmm.  Yes, people who have vested interests in making money are very good at marketing their game plans. They are experts at spin and illusion and delusion all in order to create more confusion which keeps people from doing anything about anything.  They are very happy when people adhere to: Go play nice with your five hundred channels on the plasma screen flat tv taking up half the wall space in your living room.

Living room. Hmm. Just for a moment consider the word living and if that’s what anyone who is captivated by hours and hours of advertising and junk-food for…

Thank you so much for posting this link in the comment! I am subscribed to your blog but for some reason wp has only been sending some things not everything:-/ so I missed this.
To my readers in case you missed this link on the other article-this post has a LOT more info on the situation, with a lot more direct news from people who were actually there. Please check it out and share widely! The more attention this gets the less violence the RCMP can get away with.
On Daily Kos there was argument in comments about police violence vs whether the people should only protest nonviolently to generate sympathy. I personally prefer nonviolence in protesting BUT what is often overlooked and ignored is that these are not just CANADIANS disagreeing with the corporate owned govt of Canada. These are citizens of a SOVEREIGN NATION that is much older than Canada and whose borders have been illegally breached in pursuit of toxic mining for huge profits. The US went to WAR with Iraq over the exact same situation in Kuwait.
The people have every right to defend their land and people from this poisonous piracy! 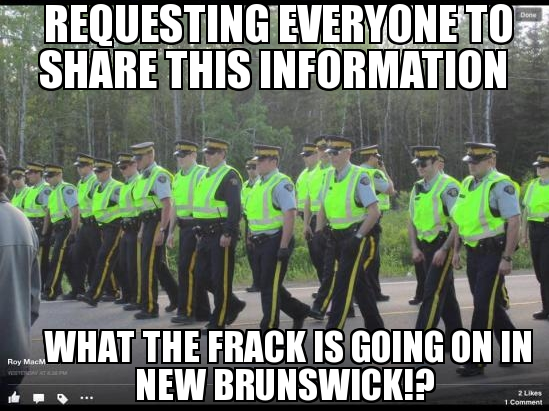 If you haven’t yet encountered truthout they are one of the few news outlets doing real old fashioned investigative journalism.

Syria: From Refugees to Asylum Seekers

Anna Lekas Miller, Truthout: A massive refugee crisis in Syria persists – and is worsening by the day. Refugees in European countries like Germany must endure anti-immigrant sentiment as well as deliberate policies to make seeking asylum, or living as an asylum-seeker, impossible.

The Perils of Patriarchy for Men as well as Women: Another Mass Shooting, another Reason to Begin Discussing Violence and Gender

Jeffrey Nall, Truthout: Of the 67 mass shooting over the past twenty years, 66 of the assailants have been men. In a culture where masculine violence is accepted as commonplace, how do we put gender in the context of mass gun violence?

Joshua Holland, Moyers & Company: Although the GOP has suffered a massive blow during the government shutdown, Tea Party members are still ready for “round two” come January.

On today‘s On the News segment: Federal workers, who were furloughed during the shutdown, will receive backpay for the time they weren’t able to work, but many others won’t be so lucky, The state of Oregon has cut its uninsured population by ten percent in just two weeks, Newark Mayor Cory Booker was elected as the fourth African-American to the Senate, and the first since Barack Obama was elected in Illinois, and more.

Kaiser Health News, McClatchy Newspapers: Health insurance companies are sending notices of cancellation to hundreds of thousands of people who buy their own coverage, frustrating some consumers who want to keep what they have and forcing others to buy more expensive policies.

The Abject Failure of Reaganomics

Robert Parry, Consortium News: House Republicans got next to nothing from their extortion strategy of taking the government and the economy hostage, but they are sure to continue obstructing programs that could create jobs and start rebuilding the middle class. What they will not recognize is the abject failure of Reaganomics.

What to Expect During the Cease-Fire

Robert Reich, Robert Reich’s Blog: “Our real economic problem continues to be a dearth of good jobs along with widening inequality…The President has now scored a significant victory over extremist Republicans. But the fight will continue. He mustn’t relinquish ground during the upcoming cease-fire,” writes Reich.

Hawaii: A Voice For Sovereignty

Staff, Making Contact National Radio Project: Hawaii is rich with a history of opposition to US occupation. From sacred sites, to indigenous language, Hawaiians are fighting hard to protect their traditions, and their future.

Pam Bailey and Medea Benjamin, PinkTank: “Neither the world, nor Israel, is served legally or morally by continuing to condone a practice of don’t ask-don’t tell for an issue that is so central to global security and safety. As long as Israel refuses to acknowledge its possession of nuclear weapons…it is difficult, if not impossible, to engage it in any meaningful arms control or other nuclear-related diplomacy,” writes Bailey and Benjamin.

Thank you Laura! A lot of info in this post beyond just what the title refers to. Very worth clicking this one for the info on defending yourself from mind control and other energetic interference.

Ben Swann’s “Truth in Media” explores a DARPA research program at Arizona State University. I’ve known about this program for about a year, but I didn’t know any details. It doesn’t surprise me at all, since anything associated with DARPA tends to be Creepsville City — all about control through psycho-spiritual-temporal means. This particular program is designed to control how Muslims and Christians view religion; however, the US government through MK ULTRA and PROJECT BLUEBIRD has also been instrumental in finding ways to mold the New Age Movement into a passive, resistless group of sheep. (You can research that on your own if interested, but be prepared to wade through layers and layers of conflicting psyop confusion.)

My point in sharing this video is just to underscore:

1) The importance of knowing yourself

Please share this widely! The fascist governments doing the corporations dirty work should not be able to do it in secrecy.

Urgent action is needed. Spread widely!!!
This is a peaceful gathering at Centennial Square at 11am, and we will begin marching at 11:30am and finish at the Legislature on the lawns.
We will have limited vehicle transportation for Elders and people with mobility issues. Please direct message Blaise Kaili to be signed up for vehicle transportation services.
Bring your friends, family, drums, regalia, and signs!

This event is taking place on Lekwungen and WSANEC Territories.

“On the morning of October 17, 2013, approximately 200 RCMP – some dressed in military fatigues and armed with snipers – stormed a Mi’kmaq anti-fracking blockade and camp near Rexton, New Brunswick. Journalist Miles Howe, on site, described the situation as “RCMP having their guns drawn.” RCMP have confirmed at least 40 arrests, with reports of Elsipogtog Chief Arren Sock as well as Mi’kmaq Warriors being targeted. Media reports have also been pouring in of people being tasered, having police dogs set on them, and rubber bullets being fired – including at young children.

According to eye witness Susan Levi-Peters, “There are people who have been tasered…It’s Oka all over again and it’s sad because we said all we need is public consultation…These Warrriors, they are not militant. They are youth and they have had enough…The blockade was being mounted with drums and feathers.”

Since the summer Mi’kmaq residents, as well as anglophone and Acadians, have confiscated fracking equipment and blockaded the road leading to an equipment compound leased to South Western Energy or SWN. SWN is a Texas based energy company that has been attempting to conduct natural gas exploration in the area’s shale formations. If significant deposits of gas are found through seismic testing, SWN would then employ the highly-polluting and water-intensive extraction method of hydraulic fracturing, also known as fracking, to extract natural gas deposits from shale gas formations.

While industry sells fracking as a “green transition fuel,” Robert Howarth from Cornell University, says it clearly: “Shale gas is worse than conventional gas, and is, in fact, worse than coal and worse than oil.” A number of doctors, including the the New Brunswick College of Family Physicians, have called for a moratorium on fracking. Various jurisdictions, including France, Quebec, and New York, currently have moratoriums on fracking.

Last week, Texas Environmental Justice Advocacy Services hand-delivered a request to SWN Energy’s head office in Houston, Texas. The request, on behalf of the Mi’kmaq, was for “all projects, leases, and permits issued to SWN Resources by the Government of New Brunswick come to a halt until all Mi’kmaq-L’nu, and Wabanaki communities, as sovereign individuals are Meaningfully Consulted, and that we are able to come to an informed decision as individuals.”

(The above information compiled by Harsha Walia)

We connect with her through our inner wisdom and our immersion in the natural world. It is not hard to find beautiful things to look at during the Libra lunar cycle, no matter where you live and what season it is. Connect in through nature.

If you are carrying a heavy burden or a worry right now, give it over to the planet to be transformed by the light of this Full Moon – the Hunter’s Moon, which carries us into winter. Replace the burden or worry with a light in your heart. Visually remove the burden and insert an orb of light (like the light of one of the orbs in this picture). Watch it expand.

Mercury will turn retrograde on October 22 through November 11, so if you need to communicate something important or purchase an electronic device, it is advised that you do so before the retrograde. Some astrologers use a longer range of time for Mercury retrograde (called the “shadow of Mercury’s retrograde”), but I just can’t give more energy to shadows. Use your own discernmen

The energy has been extremely heavy, so we will gratefully take this opportunity to lighten up while we find beauty and joy in life this weekend.

As we have been saying this ocean of creative energy is there waiting for you all to dip into, and when you do, you will find the experience an exhilarating one, for then you will feel at home for the very first time in literally ages, and as such, it will be like coming home after a prolonged walk in the desert. For you are so thirsty for knowledge, and finally, you stand at the edge of the fountain where every thirst will be quenched as soon as you start to drink from it. We speak in parables again, so let us move on to what you are here for, namely to get a little bit more light on the actual process of creation.

As we have talked about earlier, it is indeed a very complex one, but at the same time an infinitely simple one. The ingredients are few, it…