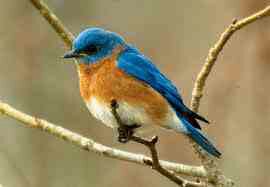 The Moon returns to the position it held at the New Moon on January 1, making conjunctions with Pluto and Venus today. We started the month with the unfolding Sabian symbol theme of “students of nature lecturing, revealing little-known aspects of life.” It has been a long journey this month, like a study abroad, but we are much improved by it – wiser.

But even though we are in the Balsamic phase of the Moon, the time when we would be taking an energetic “vacation” after the semester, we feel far from relaxed. There are many reasons for this but three that are primary are:

1) Mars is preparing to turn retrograde and is churning at a standstill, whipping up the winds of war with Eris, conjuring plenty of little wars between people;

2) Venus is preparing to turn direct and is churning at a standstill, pounding our relationships with Pluto, transforming those relationships into something else or banishing them entirely; and

3) the biggie: we are in the energy that is preparing for the final lunar month of the final year of the “old world” (the year that began with the astrological new year, the New Moon in Aries, of April 2013).

(Meanwhile, the beacon through it all for the past several years, the Oracle Report, is undergoing its own rather tumultuous transformation into a new form so that it can better serve in the new world. As they would say in the old days before cable TV, please stand by…)

So the challenge of staying grounded while in the midst of these massive energetic factors is resolved, as always, by getting back “on time” with nature and finding the frequency or mindset the current Moon phase, the Balsamic Moon phase. Balsamic phase is the time when we release the past month and prepare for the next. We release or surrender what we do not want to carry forward. It’s dreamy, drifty energy. In a grand cycle of time, we are orienting ourselves in the pre-dawn hours of the last month of a dissolving world. It is hard to feel grounded under such influences. But it is an honor to behold, isn’t it? How many people truly know what we are on the edge of?

This is what helps: First, understand that with these dramatic retrogrades of Mars and Venus, relationships, structures, and foundations must transform or slip away. The way this happens is that we change and relationships follow suit. These energies are trying to bring us to our highest and best. With Pluto and Eris in the mix here, you can bet your bottom dollar that we have face to face encounters with things we don’t want to see about ourselves and others. When things become difficult, turn it over to a higher power (Kali remains on duty and is more than willing to annihilate anything that is limiting us) and walk away from it, if only for a little while. Go outside, reconnect with nature, and watch for signs. Wash away the old with water – in the shower, a pool, or whatever. Consciously intend that the old is washing away. Facilitate the process instead of resisting it. And keep in mind that February 21-22 will bring another evolution to whatever is happening in relationships right now.

Second, for the more esoteric-minded wise owls, remember that we’ve crossed a bridge in space-time and have arrived on the field to hold ground, not to battle (holding ground is defensive, however). But this is ourplace. We’ve been escorted here by Kali herself and it is a place where the sacred feminine and sacred masculine are united. There is no conflict here. The natural world order reigns. We are sovereign. This is our home. We are home, meaning in complete resonance with Gaia Sophia, the divine being embodied as our planet. We are in the new world-mind space and the rest of the world will follow. Archons are attacking it for sure, but it matters not. They bounce off like rubber balls. It’s no contest at all.

The contest, or the mission from here on out, is to hold the field of consciousness for it to expand. This means we hold ourselves together and continue to build the things we’ve been building all of our lives while the old world continues to dissolve around us. It’s now a matter of watching it dissolve and remaining as unscathed or untraumatized by it as possible and to help others do the same.

Finally, we do what we do. We keep it real, we find beauty, and we fall back in love with life.