IT’S BEEN a big week on the Sun, with quite a few M-class solar flares. The resulting aurora borealis show has been magnificent to behold.

It looks like we are truly in Solar Maximum now, which means the magnetic flip underway on the Sun is almost complete. We’re just waiting for the south pole to catch up — the north pole has already made the magnetic switch.

Based on that, it sounds to me that we currently have two south poles on the Sun and no north pole. Not being an astronomer, I’m not sure what that means in scientific terms — but energetically, it may help us understand why we feel anticipation, the expectation of a change about to happen. It may also explain recent episodes of vertigo and other experiences of imbalance on the physical plane.

THE MAGNETIC FLIP on the Sun occurs about every 11 years, so it’s not that we haven’t been through this before. And yet, having this event the same year (and perhaps the same month) that the Cardinal Grand Cross is in effect certainly emphasizes that 2014 is a time of change and realignment.

It may be interesting to consider the previous Solar Maximum times, to see how we have responded to the change in solar magnetics in the past. Given the symbology of having a new magnetic north, we may find these years as being times when we found ourselves drawn in new directions. We also may have gone through a period of destabilization before finding our way onto the new path.

THIS CHANGE in the Sun’s magnetics and the grand cross feel like the backdrop for the play we’re currently acting out, while the weekly planetary activity provides the staging and specific scenes. And yet our lines — how we respond to the scenes and how we interact with each other — are not scripted. We have the complete freedom of improvisation, which can be both exciting and anxiety-producing at the same time.

This coming week, our staging includes a Saturn-Sun square, a Full Moon in Leo, and quite a bit of activity involving retrograde Mercury.

TUESDAY’S Saturn-Sun square is one of those reality checks we get periodically. Saturn in Scorpio wants to remind the Sun in Aquarius that lasting change often takes time.

Aquarius has a strong vision of what is possible, and like a schooner in full sail, glides quickly across the water in pursuit of the dream. Comparatively, Saturn in Scorpio can feel like an anchor dragging along the ocean floor. Along the way, this Saturn anchor may dredge up truths that feel inconvenient, but are probably important for us to consider if we want our dreams to have staying power.

OUR FULL MOON on Friday is in late degrees of Leo, encouraging us to remember what is in our hearts, and to seek out experiences that bring us both joy and creative fulfillment. The Sabian symbol for the location of the Full Moon is an image that can stir us to greater hope and optimism:

“The luminescence of dawn in the eastern sky: The exalting challenge of new opportunities at the threshold of a new cycle. While the rainbow marks the end of the crisis, early dawn indicates the real beginning of the new period of activity. The keyword here is ILLUMINATION.”

It’s interesting to read the words: “at the threshold of a new cycle.” The sign Leo is ruled by the Sun, which we have just been talking about due to its soon-to-begin new magnetic cycle. I hadn’t read the Sabian symbol until just now, so I love the synchronicity of these words in the explanation. The theme of change leading to new beginnings seems to be prevalent.

RETROGRADE MERCURY peeks out from behind every corner toward the end of the week. The wily planet moves back into Aquarius on Wednesday, revisiting territory previously covered, and asking us to reconnect with our dreams for the future before finalizing any plans.

When Mercury and the Sun align on Saturday, they form challenging aspects to both Pluto and Jupiter. This is likely to bring forward the polarities represented by the Pluto-Jupiter opposition — the tension between our desire to stay safely and comfortably in our home/family environment (Jupiter in Cancer) and our need to contribute to society in meaningful and transformational ways (Pluto in Capricorn).

This tension is one of the themes of the Cardinal Grand Cross that we are working with throughout these first six months of 2014. With retrograde Mercury the focal point this week, it is important to use this time to gain important insights into our true needs and motivations. This may mean that we delay setting our plans into action until March, when Mercury is once again in forward motion.

Thank you for posting this. I feel that we will change the corruption and lies that lead to imprisoning so many. It is time to listen to elders and ancestors, return to respect and trust. 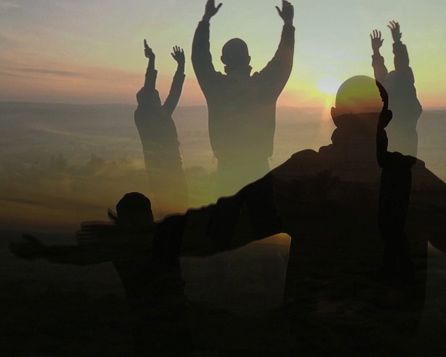 A new paradigm of being is opening up. It is here all around us. But sometimes it’s extremely hard to balance the connection to this ‘new world’ with living day-to-day in society, especially because not everyone is yet reading from this divine ‘script’. It can sometimes feel like it’s one or the other. Integrating one into the other can seem a nigh on impossibility, but it is not. Here’s where the tactile, empathic nature of the soul – the ‘diplomat’ – comes into it’s own: intuiting and feeling the flow of ‘rightness’ in any given situation, yet molding and blending it into this material world for maximum unraveling and realigning impact. You can live your truth, honour the alternative truth of another, yet not compromise your soul…
A tall order? Yes indeed. But it is definitely possible.
Mastering this “Ray 4” Diplomat in you, is certainly a path to mastery.

Lighthouse of Love and Joy

Dear readers, my apologies to you, and to Susan. These are energy updates to help us all understand better the symptoms that seem to plague us once again. They vary from person to person.

On the first update, looking for an appropriate «title», I wrote Forecast.

Update is more appropriate, as energies can last a few days, or change within hours.

Until Susan’s webpage is finished I will post any update she gives to me:)

Note : today she noticed an increase in people feeling bad. Actually, so did I (including myself, feeling quite irritable:) )

This is given with Love, and shared with Love. May it help you get some relief.

Oh, and well, even if it is highly annoying, and physically affecting us, it IS good news. Things are on the move !:)

Much Love and Bubbles to all.

Thank you for sharing this. I never knew about that episode of star trek. Imagine moving into your new lightbody while the ruling elite watch you ‘ascend’? Many times, Hollywood hides messages in plain sight. In this particular case, most people will see this as fantasy or science-fiction, but is there a grain of truth hidden within the storyline?

In an episode called, “Transfigurations,” the following Star Trek clip shows a race of beings on the verge of transcending their current form into Lightbodies, but the ruling elite were desperately trying to keep them under subservience, control and conformity.

JOHN: You could learn from these people, Sunad. They do not fear me.

SUNAD: They don’t know how dangerous you are, you and the others like you.

JOHN: That is what you and the other leaders have maintained for generations, but it is not true. Captain, myspecies is on the verge of…

Thank you for sharing this. I especially like the Bob Marley quote:-)

Thank you for sharing this. I am sorry to read of racism being so bad still in Brazil. I chide my fellow Floridian above for minimizing the problem. It is not a contest if whose country is more racist or who is the most hurt victim!

We are all in this together and as long as any are suffering we are all brought low by it.

Bikers here are known for such random vigilante violence as well tho it is not specified toward race usually.

It is wrong to counter minor crimes with violence or to punish people more for their color of skin. As white privilege and dominance is eroded by simple demographics their fear grows out of control and the least educated join the most powerful in acting out even more.

I wish I knew an answer to this but I pray every day and I do believe solidarity and continued action both locally and internationally will eventually be successful.
Dr Martin Luther King once said the arc of history is long but it bends toward justice.

Note from BW of Brazil: Note of Correction. The photo above is from January of 2010. A recent event from earlier this week has reminded many Brazilians that there was a similar incident that happened in 2010, featured in the photo above. In the February 3rd post featured in the original story from a few days ago, the writer reported that a similar incident had happened on a beach. Thus, it still remains true that the incident reported on the 3rd was the second of its kind in the same period.

Rio de Janeiro and the truculence that dehumanizes us

On January 9, 2010 on Avenida Pasteur, Botafogo, almost in front of the IBM building, bikers stripped and tied up a black man and tied him to a bar naked under the scorching sun, on the hot sidewalk for 40 minutes.

The apprehension of the…