Thank you for writing this! As a disabled woman who consistently experiences having to change my plans, habits and actions based on “using common sense” to keep myself safe I very much appreciate men who understand privilege and act to change it. A society does not change without a majority of its citizens choosing to change themselves. 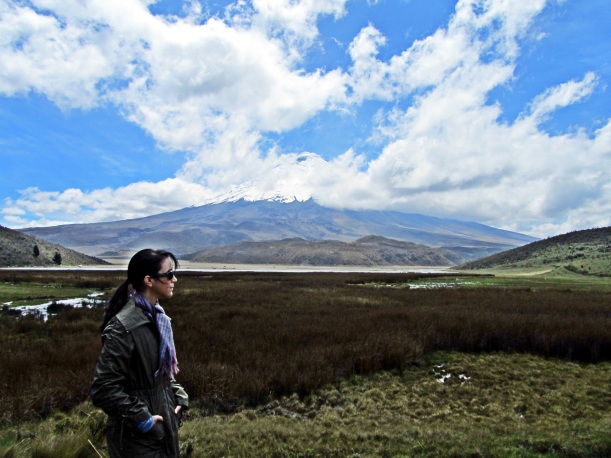 There is a challenging aspect to this New Moon in Gemini, as it is a Neptunian New Moon, which means that although we are feeling ready to clarify our thoughts, ideas, feelings, and actions, the dreaminess of Neptune in Pisces can result in potential fog, unless you can embrace and flow with it, engaging its creative ability to help you to imagine greater and more possibilities than you may have arrived at. Otherwise, you may get caught in the confusion and illusion, remaining stuck in believing the fantasy and seeing what you want to see, rather than your authentic truth.

So rather than experience rude awakenings from denial of self and others, we can engage our truth by remaining grounded, while keeping open to higher potential. Be willing to take the risks with the knowing you are supported.

Thank you Lada! It is so hard to face the horrors our government’s misguided subterfuge consistently causes. Until we rise up and retake our democracy back from the corporations it will most unfortunately continue. At least until Mother Earth puts everyone in time out with a return to a less peaceful state I guess.
I hope everyone will read/view and share this. We can unite across all borders and boundaries to co-create the new world that works for everyone; a world rooted in love, respect, peace and nonviolent solutions.

I simply had to post this video! It is addressed to the American people by a well-known musician from #Khrakov, #Ukraine, Filip Vartan Melkhizedek, and it has gone viral on Youtube. This is a well-informed, yet at the same time mystical & pacifist call from someone who is in the middle of it all. Filip is a Ukrainian citizen with Armenian roots, who as many, identifies with the Greater Russian culture. Unfortunately, since March when this video was first published, much happened in Ukraine – and the situation continues spiraling out of control.

Following the farce of the Kiev presidential election, a renewed full-blown military assault on the people of #Donbass is taking place. Some have naively hoped that after the elections the president-elect of Ukraine, Piotr #Poroshenko, would enter negotiations and call off Ukrainian troops from the East, resulting in cessation of hostilities, or at least in ceasefire. The opposite happened…

Thomas Piketty, Harvard University Press: Modern economic growth and the diffusion of knowledge have made it possible to avoid the Marxist apocalypse but have not modified the deep structures of capital and inequality, says Piketty in this excerpt from his blockbuster book Capital in the Twenty-First Century.

Redefining Democracy in California: An Interview With Luis Rodriguez

Adam Hudson, Truthout: Writer, author, artist, community organizer and radical activist Luis Rodriguez revolts against California’s status quo by running for governor. In this wide-ranging interview, he talks about his life as a former gang member, his experiences as a cultural creator and activist, his gubernatorial campaign and his radical vision for California.

Michelle Chen, The Nation: A new study on debt across the higher education system reveals that the massive debts borne by both students and their institutions has climbed to about $45 billion per year. A key factor in the rising cost of college is driven by expenditures largely unrelated to either the quality of the education, teaching or maintenance of campus facilities.

Yves Smith, Naked Capitalism: Anyone in the political or public relations game knows that the best way to make a disclosure but minimize its impact is to do so on the day before the long holiday weekend. The New York Timesappears to have done precisely that with an important article on private equity fee abuses.

Sylvia Kay, TripleCrisis: Desmond Tutu once said, “If an elephant has its foot on the tail of a mouse, and you say that you are neutral, the mouse will not appreciate your neutrality.” When it comes to agriculture and food, the elephant is agribusiness.

Walden Bello, Foreign Policy in Focus: The recent military coup in Thailand is a final step in a script deftly managed by the conservative “royalist” establishment to thwart the right to govern of a populist political bloc that has won every election since 2001.

Nearly Half of Americans Don’t Care Who’s Going to Congress, and That’s a Bad Thing

Robin Marty, Care2: Midterms can make or break a country, as we saw during the 2010 GOP sweep. But voter apathy is at a high, according to a new poll. Thirty-one percent of voters said they don’t care which party controls Congress.

A Bailout Botched by Centrists

Nicole Collins Bronzan, ProPublica: The appointment of Timothy Geithner was the worst political mistake Obama made, according to author Jesse Eisinger. They “misread the moment” and missed a chance at instituting a series of regulations like in the wake of the Great Depression.

Paul Krugman | Free Markets Are Not Always the Best Medicine

Paul Krugman, Krugman & Co.: One thing people surely shouldn’t do is cling to the idealized free-market model when it makes lousy predictions. Maybe you could still justify treating health as a normal market if free markets in health care seemed, in practice, to work well. But they don’t.

Bill Moyers | Facing the Truth: The Case for Reparations

Bill Moyers, Moyers & Co.: Ta-Nehisi Coates, a senior editor at The Atlantic magazine, thinks it’s time for a bold step to change the way we talk and think about race in the United States. In this video interview, Moyers speaks to Coates about his June cover story for the magazine, provocatively titled “The Case for Reparations.”

On the News With Thom Hartmann: The Largest Food Companies Are Big Polluters, and More

In today‘s On the News segment: The largest food companies are big polluters; the North Carolina GOP protects the fracking industry; world leaders meet for the UN’s climate summit; radiation levels around Japan are at an all-time high; the US government plans for a zombie apocalypse; and more.

Join Truthout in New York City: A panel of Truthout editors and authors at Left Forum will discuss
Why Are Women In Prison?: The Politics of Risk

DC Ignores the Real Threats to Our National Security Including Guns, Global Warming and Wall Street

Mark Karlin, BuzzFlash at Truthout: The elites in DC perennially try to scare US taxpayers into spending hundreds of billions of dollars on defense, intelligence and surveillance. However, the most potentially devastating threats to our well-being are ignored.

Edward Snowden: “I Was Trained as a Spy”

Read the Article at CNNMoney

The Koch Brothers Get Rolling on Their First Tar Sands Project

Read the Article at TIME

New Rule Could Deny as Many as 7.5 Million US Students Access to College Education

Read the Article at RT News 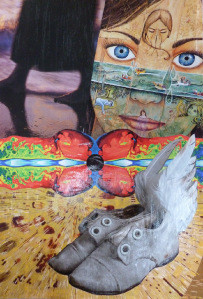 Today’s New Moon is super-Neptunian – are you feeling it? Sleepy, spacey, weepy, overwhelmed… Honestly, I’m feeling so freakin’ lazy that I just want to refer you to (or plagiarize from) the post I wrote about last year’s Gemini New Moon, because it’s basically the same deal (well, this New Moon is a little different, but last year’s post is still worth reading or re-reading).

Drawing us further into the dreamtime, Neptune is also stationing – standing still in the sky before turning Retrograde on June 9. We’ll continue…

Thank you for posting this! I’ve never been able to keep up with times for radio or tv but these blog reminders and archived shows are wonderful.
These sneaky behind the scenes trade agreements really need to be outed for the back door fascism they truly represent for everyone but especially for indigenous nations who are being exploited for natural resources at such immense cost to our communities.

In the first half of this week’s podcast, Brenda Sayers, spokesperson for Hupacasath First Nation returned to Indigenous Waves this week to discuss the Hupacasath vs. the Conservative government court challenge regarding the Canada-China trade agreement known as FIPPA. Hupacasath initiated a request for a judicial review of the FIPPA for it’s lack of consultation with First Nations last year, and it’s direct violation of section 35 of the Canadian constitution. The request was dismissed, but the First Nation is appealing, and will have a day in court on June 10, 2014 in the Federal Court of Appeal in Vancouver. To donate to the Hupacasath Legal fund go here. 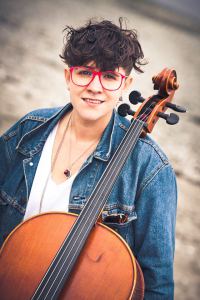 In the second half of our podcast, Cree cellist Cris Derksen joined us via telephone from the road of her Red Ride Tour. Cris shared some of her background, how she came to play the cello, what her influences…

Thank you for posting this! I love seeing youth organizing for our positive future instead of the less positive possibilities so many youth get stuck in. And it is wonderful that an elder with so much knowledge and experience has the ability and dedication to travel and teach so many instead of only being such a great benefit to a single community.