William Rivers Pitt | Land of the Free, Unless You’re a Woman

William Rivers Pitt, Truthout: The decision in the Hobby Lobbycase is many things. It is the continued elevation of Christianity over all other religions, another declaration that corporations have more rights than people and a political strike against Obamacare. But it’s mostly simple, old-fashioned woman-hating from top to bottom.

Ben Cohen, Truthout: The unfettered role of money in politics ensures that big donors dominate the national conversation and maintain unprecedented access to lawmakers who produce laws that benefit corporate, not public interests. It’s time to restore one person, one vote and end legalized bribery.

Amy Goodman, Democracy Now!: Former US Congressman Dennis Kucinich returns from Sweden where he witnessed Almedalen Week, where people with widely-differing political views come together to discuss and debate in a festival atmosphere. Kucinich says the US needs a similarly-inclusive political process.

Finally, Immigrants in New York City Will Have Public Defenders

Crystal Shepeard, Care2: Nearly 71 percent of defendants that appear in immigration proceedings do not have an attorney present. New York City seeks to change that by approving $4.9 million to fund a public defender system for poor immigrants.

Aggressive Tactic on the Fracking Front

Naveena Sadasisvam, ProPublica: In a rare move, a fracking company offered residents $50,000 in cash if they would agree to release the firm from any legal liability for current operations as well as those to be carried out in the future.

July 4th Quiz: Was the Revolution Caused by a Misunderstanding Over a Word?

Thomas P. Slaughter, History News Network: America has imperial ambitions, but an independent culture resists our full participation as citizens of a nation and of a world that is integrated economically and environmentally.

Chris Trejbal, America Blog: As we celebrate the nation’s birthday, let us all take a moment to say goodbye to some beloved members of the American family. Many national landmarks could soon disappear thanks to climate change.

Marjorie E. Wood, OtherWords: The Committee to Save Cooper Union, an art, architecture, and engineering college in New York City, is pursuing legal action after the Board of Trustees announced plans to abolish the school’s 150-year tradition of providing free tuition for all.

The US Re-Militarization of Central America and Mexico

Alexander Main, North American Congress on Latin America: In a letter sent to Obama and the region’s other presidents last year, over 145 civil society organizations called out US policies for being a key ingredient to a “dramatic surge” in violent crime.

Robin Marty, Care2: Activists have been protesting the Supreme Court’s Hobby Lobbydecision wherever they can, be it at the Capitol or online. Some of the ideas have been good, others, not so much. Here are four ideas for taking action, some obviously much better than others.

Read the Article at Colorlines

Read the Article at Slate

We Are a Corporate Theocracy Now: The Christian Right Seeks Cultural and Political Domination

Why Hobby LobbyCould Open a Pandora’s Box of Legal Discrimination

American Dissatisfaction With Everything Is Reaching Historic Levels

Read the Article at Colorlines 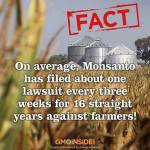 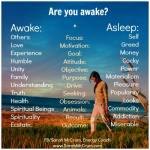