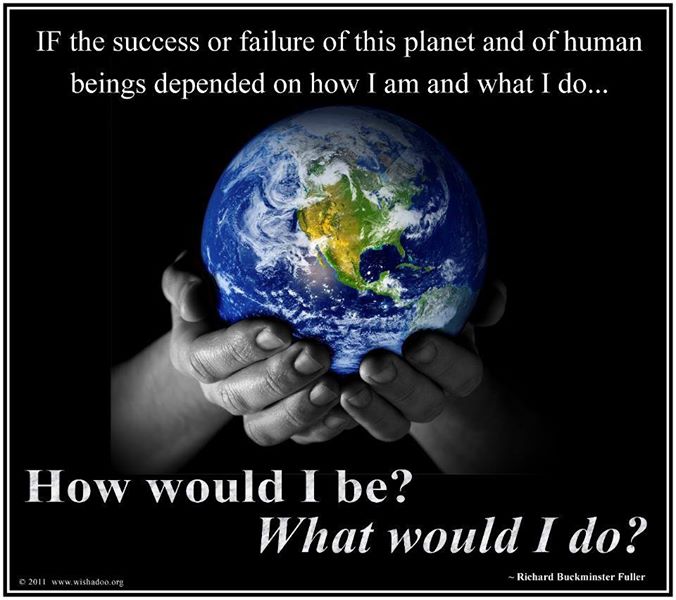 Dahr Jamail, Truthout/TomDispatch: In a searing analysis covering the ongoing disaster in Iraq, Dahr Jamail provides this perspective on how the legacy of the US invasion and occupation of Iraq continues to destroy lives.

When the Public Square Is in Cyberspace: Why Democracy Demands Net Neutrality

Zoe Sherman, Dollars & Sense: Since the internet is a component of the public sphere, we should hold it to the ideal of freedom of expression. Now, the big internet service providers – telecom giants like Time-Warner, Comcast and Verizon – want to change the price and speed structure.

Richard D. Wolff, Moyers & Company: Globalization distributed capitalism’s deepening inequality throughout the world. It likewise spread the usual effects of such inequality: speculation, real-estate bubbles, gross conspicuous consumption by the rich, political corruption and so on.

A Mysterious Hole at the End of the World

The Daily Take Team, The Thom Hartmann Program: A giant crater-like hole discovered in the Siberian tundra is believed to be caused by an underground methane explosion. Methane trapped underground in the Arctic is like a giant ticking time bomb. Unless we start seriously fighting back against climate change, giant craters in the Siberian wilderness will be the least of our worries.

Jessica Mason, PRWatch: As a historic drought grips the Southwest, towns in Texas and California are taking action to make sure precious fresh water is not wasted and spoiled through fracking. At the same time, some investment advisers are urging right-wingers to view drought and skyrocketing water prices as a major opportunity.

Julia Hotz, Inter Press Service: Even as South Sudan’s malnutrition epidemic intensifies, seven major international aid agencies, all of which prioritize food security in South Sudanese villages, may have to shut down their projects due to severe funding gaps.

The Periodic Slaughter of Palestinians

Lawrence Davidson, Consortium News: To the Israeli government, the periodic slaughter of Palestinians in Gaza is called “mowing the grass,” a chore that frequently needs repeating. But this violence is wearing on the world’s conscience, inspiring moral objections from more and more Jews.

Emilio Godoy, Inter Press Service: Cultivation of GMOs in Mexico is turning away from concentration on maize and soybeans, after various legal appeals in 2013 banned their planting. The Mexican government and the industry are expanding their sights to include beans and wheat, among other crops.

The Caribbean: A Clean Energy Revolution on the Frontlines of Climate Change

Richard Schiffman, Foreign Policy in Focus: Clean energy technologies are slowly making headway throughout the Caribbean. And the nearby United States, the world’s number-one historical emitter of carbon emissions, should pay attention.

Amy Goodman and Nermeen Shaikh, Democracy Now!: Recent advances by ISIS come amidst leaks revealing extensive Pentagon concerns over its effort to advise the Iraqi military. Iraqi politicians, meanwhile, are scrambling to form a power-sharing government in an effort to save Iraq from splintering into separate Shiite, Sunni and Kurdish states.

The World Is a Mess: Why That’s True, and How to Fix It

The Cheney Family Gets the Soprano Family Fade-to-Black Treatment

Massachusetts Mayor: City to Donate $5 for Every Angry, Anti-LGBT Caller Glenn Beck Sends After Us

Read the Article at Raw Story

Read the Article at InsideClimate News