Thank you Aisha! Such an important reminder that looking backwards continues to draw that stuff back to us. I’ve been reading a book called E Cubed the sequel to E Squared all about how the Universe loves us and gives us everything we ask for-we just have to learn to ask for what we want instead of what we are weary of.

The adjustments that have been undertaken recently will help to bring you all up to par as it were with the continuation of incoming energetic fluctuations, and so, even if some of you will still feel some temporary physical setbacks as the full scope of these energetic encodings enter your being, you will soon find yourself emerging from the fog as it were in every sense of the word. You see, as the ongoing inoculation if you will will continue to increase not only in magnitude but also in velocity, you will also continue to increase your abilities to incorporate them at an ever increasing speed. For now there is no holding back this flow of endless illumination, and so, as you continue to take in more of these energized particles with literally every breath you take, you are also in a continuous flow of expansion and eviction. In other…

The Continuing Saga of Anti-Indianism in America: Critique of a Bestseller and the Reviewers Who Praise It

Four Arrows, Truthout: Bob Drury and Tom Clavin’s heralded biography of Red Cloud, The Heart of Everything That Is: The Untold Story of Red Cloud, An American Legend, reflects strong anti-Indian bias that seems to fly beneath the radar of mainstream reviewers.

Columbus Day and the Sanitization of History

Owen McCormack, Truthout: The strife that has engulfed Christopher Columbus’ legacy in recent years has put the concept of an Indigenous People’s Day at the forefront of discussion. Each year, the question is raised: What are we celebrating about his life?

ISIS vs. Ebola: A Blank Check to Bomb ISIS While Funding to Fight Ebola Is Slashed

Michael Meurer, Truthout: A stunning disproportion in spending to bomb ISIS versus money allocated to fight Ebola and protect public health highlights a fatal distortion in US priorities and an historic failure of presidential and Congressional leadership.

In Which the Authors Interview Ralph Nader in the Bathtub

Allison Kilkenny and Jamie Kilstein, Simon & Schuster: #NEWSFAIL – the first book by the co-founders and hosts of “Citizen Radio” – is a sometimes hilarious, sometimes deadly serious clarion call in support of independent media and independent thinking.

Banksy: Graffitist of the White Bourgeoisie

Arianne Shahvisi, Truthout: Middle-class outrage at the recent removal of Banksy’s graffiti in an area of poverty and racial tension indicates how disconnected the bourgeoisie are from the realities of working-class life in Britain, and is an example of the appropriation of subversive art forms by the elite.

Ted Asregadoo, Truthout: Candice Bernd discusses police retaliation against cop monitoring groups. In Austin, Texas, the police department is trying to classify one group as a “domestic extremist” threat in order to shut down the organization.

A Life-and-Death Struggle for Asylum in the US

Read the Article and Listen to the Audio

How Does Your State Rank on Greenhouse Gas Emissions?

John Light, Moyers & Company: The Environmental Protection Agency recently released a breakdown of who in the US contributes the most to climate change – by state, by sector and even by individual business.

Jill Richardson, OtherWords: Why deny a cancer or AIDS patient a medication that reduces suffering? Because a healthy person somewhere might use it recreationally for pleasure? Let’s reform our laws to give patients relief.

Schools Need to Learn the Importance of Recess

Jesse Hagopian, The Seattle Times: Unfortunately, Seattle is following a national trend in reducing recess time in primary grades as school districts obsess about raising test scores. This obsession is driven by the federal education policy of the No Child Left Behind Act and the Race to the Top Fund.

This week in SpeakOut:

Reprieve states that Mylan pharmaceuticals, a major supplier to the National Health Service, is at risk of becoming involved in death row executions in the United States; Elle Kurancid argues that, in regard to climate action, the difference between “inextricably bound” and “nonbinding” is the difference between life and death; John LaForge looks at the United States’ recent (and not-so-recent) love affair with nuclear weapons; Lawrence Davidson warns that the legitimacy of a nation is dependent on its commitment to human rights, and that the United States’ lack of such a commitment calls the state’s legitimacy into question; Ramzy Baroud examines the different narratives used by those when discussing the Israeli-Palestinian conflict and concludes that much of the Western media only see the status quo Palestinian and the adversarial Palestinian; D.H. Garrett implores the United States to welcome immigrants with open arms in a heartfelt poem; and more.

The New US Price Tag for the War Against ISIS: $40 Billion a Year

Read the Article at The Fiscal Times

The Biggest Political Donors: 12 People Who Have Given Millions

I want to mention that in the NEW there is no more Columbus Day. It is Indigenous Peoples Day now. Because this Shift is about celebrating all that is good and beautiful NOT lionizing a guy who cut people’s hands off and kicked off the most massive genocide in human history (over 150 million humans and still rising by some counts-and that doesn’t even include the billions of nonhuman living beings that have been and still are being destroyed in the ongoing genocide and colonization of North and South America.)

Today, from now on, we celebrate the resilience and the courage of indigenous peoples everywhere on Earth who have survived colonization and those who lost their lives to it.

Let’s be aware and mindful of what we choose to elevate and celebrate every day. Our individual choices matter. We can each push our world closer to completing this Shift-or we can join the Archontic project of retarding progress, of pushing the old energies of power over, control and cruelty. Why not bring in more love and beauty?
Blessings,
ohnwentsya 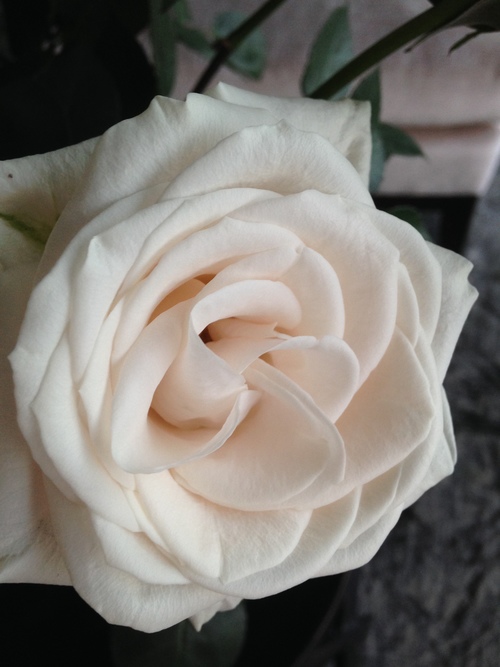 Skill: respond to the call

It’s a complex day today, Columbus Day and “Knight’s Templar Day” (October 13 in reference to October 13, 1307, when the Templars were ordered under arrest). Allow me to take you on a journey – a story– on how they merge today, forming a call to the Sacred Masculine.

First, let’s be clear that I am talking about the original Knights of Solomon, not what they became over time.

King Solomon was an Archon hunter. Wisdom, Sophia, revealed herself to him, enabling him to recognize the Chief Archon, Yaldabaoth, the Lord of Darkness, but also to recognize himself. Solomon saw his honor and respect of the feminine, which inspired his valor.

Solomon’s response to the Sacred Feminine and realignment with the truth was to turn against Yaldabaoth, vowing to discharge his darkness from the world. Solomon led this charge among men and his strength still resounds within them.

Native American warriors and warriors of other tribes across the world honored and respected the feminine. Their valor was also inspired.

The Knights of Solomon and tribal warriors are the same thing in different space-times.

The Knights of Solomon have returned and the spirit of the sacred tribal warrior never left.

These energies come together today to call the Sacred Masculine in all of us, but particularly men, to respond.

The twist in the story comes when we understand the call today is being sent out by Gaia Sophia herself, as the Earth comes to the degree of the Eris Point – the energy that is the harbinger of the return of truth, light, and wisdom to humanity.

The Sabian symbol of the Eris Point – 22 Aries – is “a boxer entering the ring.” We could call this “a male warrior entering the arena” or, even better, “the Sacred Masculine galloping on the field.” The energy is about responding – answering a call – with self-determination.

This may involve standing up for yourself or someone else, taking personal responsibility for your actions, or holding a line today. It may involve following through with something you know to be related to your mission – a creative project perhaps. Follow what you know to be true and what your heart is telling you to do.

Mars is in exact trine to the Eris Point today, fueling the fires, and delivering a different perspective. The degree of Mars brings energy to fool as well as fuel. Given that the Archons use the Eris Point energy for false flag attacks and the general forwarding of the control agenda, we are wise to the potential of such things.

Today’s energies may prompt us to say things before we think, tell it like it is, and generally turn our backs on that which is not honorable. We do not stand for things under this energy. It’s about freedom, so whatever surfaces ultimately frees.

We are all knights for Sophia. Find your chivalrous heart today and respond. What do you need to do?