I would like to respectfully point out that the mainstream media has been working hard to fan the flames of hysteria about Ebola virus in America when in reality it is not an epidemic here-and not likely to be because of our differences from it’s endemic area in sanitation, healthcare and wealth.

It does highlight the very stupid cuts to our healthcare and other infrastructure because those weaknesses do create openings for failure. But to be realistic, wallowing in fear over an unlikely scenario because mainstream or alternative sources tell you to is pathetic and not useful or helpful in creating a more positive future.

We can focus our attention, prayers and intentions on the positive future we DO want instead of the nastiness we dread. We have the choice because despite inequality and various forms of oppression-America IS still a predominantly wealthy “First World” nation.

We have advantages and yes privilege, that the majority in Africa simply do not have. It is sickening to read sources here especially alternative, supposedly awakened sources, promoting fear instead of tge COMPASSION we logically should employ here.

We need to pray for the suffering and for an end to the epidemic not wallow in selfish fear and fantasy. That is exactly what tge Old World Order wants. What we focus our attention on means what we use our magic to manifest.

Do you want to use your power to manifest the Old World Order’s agenda?

Fear is the mind killer. You can only die ONCE. Why spend every day dying in your mind by wallowing in fear?

Ebola is a serious illness but it is not a monster from a fairy tale. It is not Godzilla. It is a disease from which many disadvantaged, poverty stricken people in pretty horrible physical conditions have GOTTEN WELL and survived.

A story that inspired me was of a little girl in Sierra Leone, I think, who desperately ill with ebola, continually cheered on her sick Mother and others in the clinic/hospital. She insisted between her own bouts of vomiting and suffering that they all needed to believe and have faith that they would get well again.

She and her Mom, and I bet quite a few of those in earshot of her voice, survived.

That is the Golden age manifesting NOW. That faith and the courage to share it as that young girl did-in spite of our own suffering are exactly what is bringing the Shift about on the physical level.

How much more courage should we as enlightened “lightworkers” in relatively much greater safety, health and comfort, be expected to demonstrate?

Eat well, support your immune system, learn about herbs and acupressure-be proactive. But don’t feed the fear machine and don’t be part of it!

Pray for the afflicted instead of being so damn self absorbed. That self absorbtion is the number one criticism of the new age movement and I don’t understand WHY.

Shouldn’t people who purposefully incarnate to raise a planet out of suffering be compassionate, focused on alleviating the suffering of All living beings?

If we die doing that well-we succeed in our goal. Mission accomplished. So why worry?
Blessings,
ohnwentsya 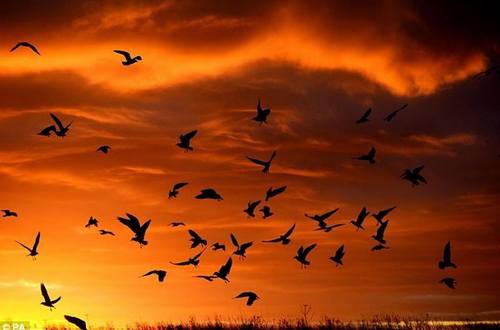 This lunar month we are like tourists on a sight-seeing bus traveling through a new land, but today the bus goes off the main drag (American slang for “street”) to take a closer look. We need to go beyond the surface appearance of things today, because things are different when you go a little deeper.

Today’s energy has a tendency to produce a combustion – a chemical process that explodes heat and light. So things can get heated and very real, bringing clarity to distortions and showing us the true nature of things. Tensions and anxiety will be running high as panic tries to ripple through the collective.

That said, the Sabian symbol for the Sun and Venus today is “a broken bottle and spilled perfume.” People are inclined toward emotional and/or verbal outbursts, spilling the truth, and generally releasing what has been suppressed. We want to be very careful with our words because sometimes things we say can’t be taken back. Don’t get carried away because people are prone to breakdown today, and the slightest push could send them over the edge. If you experience this on either the giving or receiving end, with kindness and love, the situation can be salvaged by removing the emotion and drama and sorting through the issues that have been brought to light. This should only be done if it’s worth it. If what has come to light has revealed a lack of resonance, respect, or integrity – drive on. The truth of the matter is being revealed to you.

There is another way to look at the Sabian symbol of “a broken bottle and spilled perfume.” It can mean the unleashing of great love. It can mean freedom from past emotions. It can be the beginning of something beautiful that sprang from something that broke.

It is hard for us to see things this way today because the negative imprint dominates toward concentration onloss.

I suggest we focus instead on what’s beingrevealed , and therefore gained.

Be smart today. Keep your head. Keep watch. See what’s being revealed between the lines and under the surface. Through it all, remember we haveassurance that the beauty of life always prevails.

Note: Here is a perfect example of the sacred masculine responding. A hero, a physician, came forward yesterday to tell us what is only being whispered between medical professionals: the Feds (CDC) are coming in and re-diagnosing Ebola patients as having malaria or another exotic bug and then are “disappearing” them and erasing the medical record. Wise owls are watching.