Thank you Cindy! Sometimes slowing down and paying attention to the exquisite beauty all around us is more amazing than anything. I’ve never seen creatures like that blue anemone in Tampa Bay. I wonder what similar to it lives here? It must be awesome to see such magical creatures while wandering the shore! 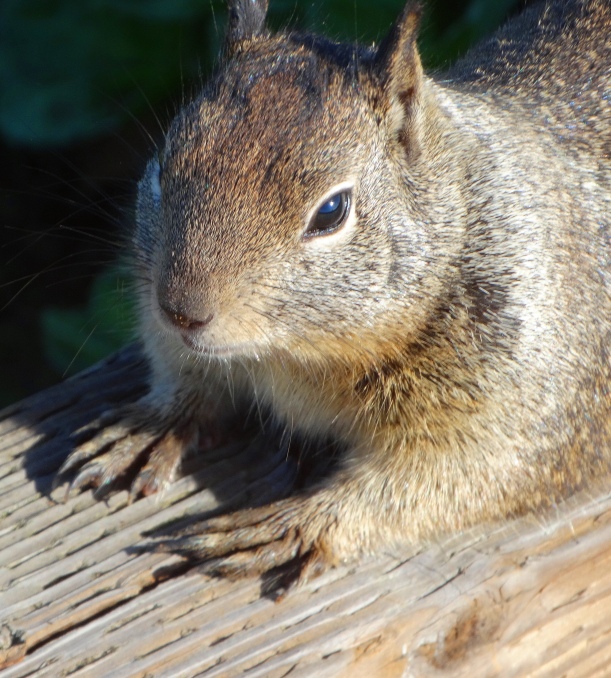 Before I started taking photos a couple of years ago, I didn’t appreciate or understand the close up beauty of the common living plants and animals we see everyday. This little guy looks just like Beatrice Potter’s Squirrel Nutkin 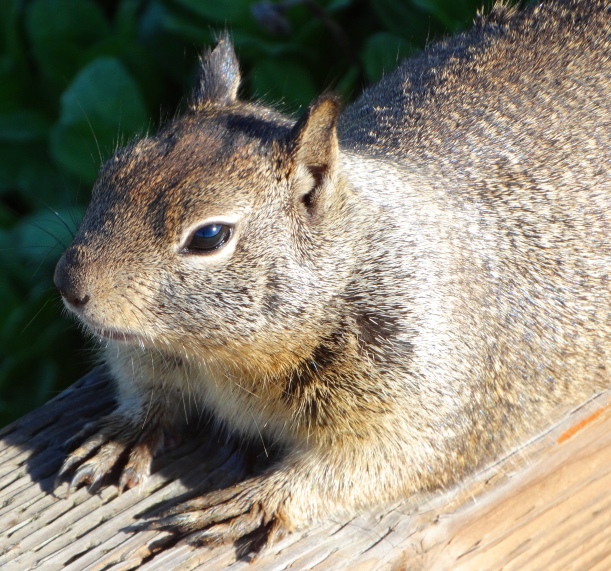 Beatrice was clearly looking very closely at the garden and the animals around her since she was a very young girl. She was wise.
Nutkin is about as tame as a cat and likes to eat the wild bird seed.

The White Crowned Sparrows lined up to take rain water baths after the first Holler rain following prolonged drought. I keep the bird baths full year round with hose water but you should have seen the difference with the first rain. It was cold. The birds were waiting to take rainwater baths. They know what rain water is, water from heaven!
Shot this cutey through the window. He seems a tad…

William Rivers Pitt, Truthout: “This is the time for New Year’s resolutions, and I have a request of you: plant the seeds of goodness wherever you find fertile soil. Be that better person. Help to gentle the cold brutality of this hard world within reach of your arm.”

Democracy and Its Discontents

Thomas J. Scott, Truthout: Globalization and rising inequality are contributing to the growing lack of confidence in democratic institutions in the United States and other Western democracies.

California: Waking Up Is Hard to Do

Craig Collins PhD, Truthout: Today, California is part of a profit-driven global system that must plunder and pollute the planet on an ever-grander scale to survive. Major sectors of the economy like agribusiness, tourism and construction depend on cheap labor drawn from outside the state.

Sarah van Gelder, YES! Magazine: In 2014, we saw a lot of brutality. It was a violent year, but no worse than other years. What was different was the emergence of new movements of resistance – and with them new possibilities for change.

Ed Morales, North American Congress on Latin America: If Cuba were to take a deep breath and look at what’s happened to an island it has shared such a deep history with, and if Cuba were to see Puerto Rico as the beginning of the free-trade economic era we’re living in now, it would have to ask itself, is it the end game?

David Swanson, War Is a Crime: The US-led NATO war on Afghanistan has lasted so long they’ve decided to rename it, declare the old war over, and announce a brand new war they’re just sure you’re going to love.

Kevin Mathews, Care2: With a Republican majority taking over the Senate in addition to the House this January, right-wing ideology is sure to dominate Congressional votes for the next two years. Nevertheless, hope is not entirely lost for the left.

What’s Luck Got to Do With It? Everything, if You Are a Banking Whistleblower

Paul Krugman, Krugman & Co.: It’s impressive just how quickly and convincingly the wheels have come off the Russian economy. Obviously the plunge in oil prices is the big driver, but the ruble has actually fallen more than Brent crude – oil is down 40 percent since the start of the year, but the ruble is down by half.

No One Here Should Be Turning His Back

Read the Article at The New Yorker

Read the Article at AlterNet

Democrats’ Middle-Class Hypocrisy: Why Omnibus Will Haunt Them