Here are the first 1 million casualties of the GOP take-over.

Roughly 1 million of the nation’s poorest people will be cut off SNAP (formerly known as the Food Stamp Program) over the course of 2016, due to the return in many areas of a three-month limit on SNAP benefits for unemployed adults aged 18-50 who aren’t disabled or raising minor children. These individuals will lose their food assistance benefits after three months regardless of how hard they are looking for work.

That sounds pretty bad, but the real knee-to-the-groin is a couple paragraphs below.

The loss of this food assistance, which averages approximately $150 to $200 per person per month for this group, will likely cause serious hardship among many. Agriculture Department (USDA) data show that the individuals subject to the three-month limit have average monthly income of approximately 19 percent of the poverty line, and they typically qualify for no other income support.

Under the 1996 welfare law, adults aged 18-49 who are not physically or mentally unfit for work or caring for a minor child are ineligible for SNAP if they have received three months of SNAP benefits while unemployed during the previous 36 months. Months of SNAP receipt don’t count toward the limit if the individual is working at least half-time, participating in qualifying work or training program activities for at least 20 hours a week, or living in an area with high unemployment where the three-month limit is temporarily waived. When signing the welfare law in 1996, President Clinton singled out this as one of the bill’s most harmful provisions and called for it to be substantially changed.

The reason for so many people losing food stamps is because most states were granted federal waivers during the Great Recession. Those waivers are now expiring.
Kansas and Oklahoma were so eager to cut off food for the poor that they’ve moved to the head of the line. We can see what that did. 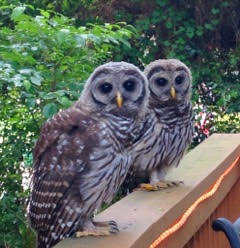 Skill: release yourself from trying to control time

Full light continues to be thrown off and also throw things off this Full Moon phase. We are coming to new understandings about ourselves and this is rippling out into the field, changing it. This is how the world changes.

What is trying to be revealed to you? It may be having a harder time getting through because, even though it is a Full Moon phase right now, the Black Moon and Neptune are in opposition. The Black Moon and Neptune together tend to shroud and mystify. So if you are trying to understand, fix, improve, and integrate something and it isn’t coming quite happening, don’t try to rush or force it. Relax the tension. Take a breath. Wait for the fog to clear.

With this, it is important to understand that we may attempt to blame the hold-up or lack of clarity on ourselves. We are clearly seeing our “major malfunctions.” The solutions are what aren’t easily visible right now. We personalize this, but the nature of this energy is one of “veiling.”

The reason solutions aren’t clear is because there is re-arrangement of “the field” happening this lunar cycle – Kali the Destroyer’s cycle. Using the energetics of Uranus/Pluto and Mercury/Venus, she is putting everything in spin. Consciousness is taking a mass turn. She is refreshing the dream, re-commanding it by calling forth our inner chief to claim our power and our place.

Our inner sacred masculine continues to rise. The inner rise and outer manifestation of the sacred masculine within all of us is what is healing us and restoring us to sanity. This energy is very, very strong now because we are in the Full Moon phase (the fullest expression) of the energy that was imprinted back at the New Moon. The energy that was infused then to be time-released throughout the month is the energy that would cause an Indian chief to assume his role, his mantle of power, within his tribe. It causes him to come forward to lead.

This is why things are welling up in relationships. Power and control dynamics are responding to this shift, this mass turn, and changing things dramatically. All things are in relationship, so this weaves through everything. Kali is the master at this and her reach is great. The changes are creating strong, permanent foundations for the future.

Today, be aware of the tendency to be extra hard on ourselves and become mired in our perceived failures. This energy can create harsh confrontations with ourselves which can all too easily become projected onto others. This commonly occurs with Full Moon phases, but is intensified today.

Kali is in control of the hands of time right now, not us. There is no reason to rush or force anything. It is much more fun to release the controls and watch what happens.

Henry A. Giroux | Authoritarianism, Class Warfare and the Advance of Neoliberal Austerity Policies

Henry A. Giroux, Truthout: Austerity measures under neoliberal governments represent the undercurrent of a new form of authoritarianism that has no allegiances except to power and capital. Still, hope can mobilize people to think beyond the neoliberal austerity machine and advance forms of egalitarian community and a living, radical democracy.

Dean Baker, Truthout: Jim Harbaugh is leaving the San Francisco 49ers to become head football coach at the University of Michigan. Reportedly, his salary will be $7 million for the first year. If that doesn’t sound like the income of a food stamp beneficiary, you better look more closely.

Eleanor J. Bader, Truthout: Activists and legal groups are mobilizing in support of Intro 214, legislation that will make New York the first place in the United States to provide free legal representation to indigent and low-income tenants facing eviction.

When the Teenager Is the Breadwinner

Yana Kunichoff, In These Times: Iris Sebastian’s parents, Luis and Josefa, have long played a precarious financial balancing game. Luis had long suffered from diabetes, and fluid retention in his legs made it increasingly difficult to work on his feet all day. Iris, an 18-year-old high school junior, felt it was her responsibility to keep the family afloat.

Kevin Mathews, Care2: In an ironic twist, Maryland has killed the death penalty a little sooner than anticipated. Just two years ago, state legislators decided to put an end to the controversial form of punishment. However, that still left four death-row inmates lingering in a strange legal limbo.

How Outraged Is the Obama Administration About Torture?

Julio Sharp-Wasserman, Truthout: Since the Bush era, there has been no fundamental change in the policy of torturing for intelligence in the face of imminent threats. Suspects have merely been tortured in different locations and through a slightly altered bureaucratic process.

The Daily Take Team, The Thom Hartmann Program: According to FairVote, the 44 Democratic Senators and their two independent allies received 67.8 million votes over the course of the 2010, 2012 and 2014 elections. The 54 Republican Senators, on the other hand, received only 47.1 million votes during that same time period.

Joseph Stiglitz: Economics Has to Come to Terms With Wealth and Income Inequality

Lynn Parramore, Institute for New Economic Thinking: In this interview, Nobel laureate Joseph Stiglitz explores the themes of his paper on distribution of income, the work of Thomas Piketty and the need for the field of economics to come to terms with the growing gulf between haves and have-nots.

Something That Changed My Perspective: Karl Polanyi’sThe Great Transformation

Panama Canal Rival: Work Starts in Nicaragua Amid Fears Over Environment and Role of China

Maya Collombon, The Conversation: Work has begun on a new canal route in the Panama region, in what is one of the most ambitious infrastructure projects of our time. The Interoceanic Grand Canal of Nicaragua will take five years to build over some 278 miles, traversing several major rivers and Lake Nicaragua.

On the News With Thom Hartmann: Half of US States Have a Minimum Wage Higher Than Minimum, and More

In today‘s On the News segment: As of January 1, 2015, more than half of all the states in our nation now have a minimum wage that is higher than the federal minimum; home health workers should have gotten a raise this month, but US District Court Judge Richard Leon made sure that didn’t happen; there’s an easy way that President Obama can help us stick it to the 1%; and more.

Listen to the Radio Segment

“What Would Jesus Do?” Organization Defies City to Feed the Homeless

Mark Karlin, BuzzFlash at Truthout:Unfortunately, the last days of 2014 indicate that the war against the homeless will continue into 2015.

Can’t Pay Your Fines? Your Driver’s License Could Be Taken

Read the Article at NPR

How Inequality Made These Western Countries Poorer