Aaron Cantú, Truthout: Hate crime legislation lent legitimacy to a 40-year carceral program that has wrought immense damage on communities of color. In an ironic twist, the police – who’ve been the main enforcers of this program – now want to invoke these laws for their protection.

Richard Wolff on the Greek Crisis, Austerity and a Post-Capitalist Future

Michael Nevradakis, Truthout: New School professor and economist Richard Wolff analyzes the causes of the economic crises in Greece and the eurozone, debunks claims that the Greek economy is recovering and proposes a post-capitalist future for Greece and the world.

Emily Schwartz Greco, OtherWords: Researchers of a new study predict that virtually all Canadian tar sands oil production will stop by 2020. If Keystone XL is built by then, there would be nothing for the pipeline to transport, and it would become a monument to wasting colossal sums of money on dirty-energy infrastructure.

The Robots Are Coming! Let’s Make Them Work for the Workers

Thomas Matt, Truthout: In a capitalist economy with privately owned means of production, technological advancements often result in unemployment and inequality. In a cooperative political economic system, however, these advancements would mean less work and higher living standards.

Lobbyists Lobby on Behalf of… Lobbyists

The Daily Take Team, The Thom Hartmann Program: It’s bad enough that corporations are spending billions to buy off our lawmakers and corrupt our democracy. Now they’re trying to convince us that we should support or ignore their bad behavior, and strip our own government of the power to protect us from these predators.

In the Wake of Charlie Hebdo, Assaults on Mosques Escalate

s.e. smith, Care2: The Charlie Hebdo attacks provided a convenient smokescreen for those looking to launch retaliatory attacks, despite the fact that the vast majority of Muslims were equally horrified by the attacks and were dismayed by the actions of the killers, who claimed to be acting in the name of Islam.

The United States Is Open for Business in Iraq

Peter Van Buren, TomDispatch: While the collapse of the Iraqi army and the abandonment of piles of its US weaponry helped create a new business opportunity for weapons makers like General Dynamics, the plan to cash in on Iraq can be traced back to the United States’ occupation of the country.

The Enchanted Land Where Community College Is Free? Welcome to Tennessee in 2015

Yessenia Funes, YES! Magazine: A new bill provides two years of tuition at a community college for participating high school grads who might otherwise face a 7.5 percent unemployment rate – and other states are already following suit.

Adam Hudson, AlterNet: This myth relies on shaky evidence and a selective definition of crime that ignores crimes committed by powerful institutions and the people who run them, many of whom are white men. Here are five examples of the kinds of crimes that slip under the radar.

Three Ideas for Inclusive Cities: How Raleigh, Seattle and Others Are Bringing Everyone Into the Fold

Women on Waves: Meet the Dutch Physician Who Defied Abortion Bans by Bringing Her Clinic to the Sea

Amy Goodman and Nermeen Shaikh, Democracy Now!: As Republicans in the new Congress and in state legislatures across the United States seek new restrictions on abortion, we look at the story of a Dutch doctor who has brought safe abortion to countries around the world where it is illegal.

Mark Karlin, BuzzFlash at Truthout: The jury is out on whether a two-party system can seriously address the pressing issues of our time.

Partners in Terror: This Is Bigger Than Satire

The Rate of Sea-Level Rise Is “Far Worse Than Previously Thought,” Study Says

Paris Is a Warning: There Is No Insulation From Our Wars

Read the Article at Esquire

ISIS Gaining Ground in Syria, Despite US Strikes

“Not the Way We Do Democracy!” Why Is a Ferguson Grand Juror Being Silenced? 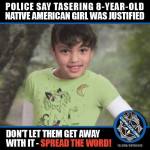