From the Concorde to Sci-Fi Climate Solutions

Remembering the Paris Commune: When Workers and Women Rose Up Against the Oligarchy

John Merriman, Basic Books: Many historians regard the Paris Commune as the precedent for subsequent uprisings against the plutocracy and ruling elite. Who were the Parisians who revolted against the ruling class ensconced in Versailles and suffered deadly retribution as a result?

Linda Pershing, Truthout: On January 19, 2015, supporters of the Pegida movement participated in their first Copenhagen rally, following earlier anti-Islam events in Dresden. In response, four times as many people showed up for an anti-Pegida rally to oppose their efforts.

The Attack on Human Rights in Haiti: An Interview With Jackson Doliscar, Part II

The Daily Take Team, The Thom Hartmann Program: Billionaires don’t need a social safety net, and they don’t care if working-class people are thrown onto the streets to starve. If anything, doing that provides them with cheaper and more desperate labor. The rich don’t want their not-so-hard earned money going to help others.

The Hunting Ground: Film Exposes How Colleges Cover Up Sexual Assault and Fail to Protect Students

Amy Goodman, Democracy Now!: Two recent court cases mark a rare example where students accused of sexual assault have actually faced punishment. The Hunting Groundshows how colleges and universities across the nation are covering up sexual assaults and failing to protect students from repeat offenders.

After Four Decades With Roe, US Women Still Need Abortion Access and So Much More

Andrea Flynn and Shulie Eisen, Next New Deal: As economic inequality takes center stage in politics, it’s important to remember that reproductive justice and bodily autonomy are just as essential for secure lives.

Cuba and US Skirt Obstacles to Normalization of Ties

Patricia Grogg and Ivet González, Inter Press Service: The biggest discrepancies in the first meeting to normalize relations between Cuba and the United States, after more than half a century, were over the issue of human rights. What stood out in the talks, however, was a keen interest in forging ahead, in a process led by two women.

Jim Hightower | Not Lovin’ It

Jim Hightower, OtherWords: McDonald’s is in the hot seat and now faces upward of 100 federal charges of labor law violations for retaliating against workers seeking higher wages and the freedom to unionize without corporate retaliation.

Rory Fanning, Jacobin: As Vietnam taught us, if we want to build a successful antiwar movement, we have to engage the soldiers fighting the wars. American Sniper, if we take it seriously, might help us do just that.

Save Us From Washington’s Visionaries: In (Modest) Praise of a Comforting Mediocrity

Andrew Bacevich, TomDispatch: As Obama and his team muddle toward their finish line, their achievements negligible, we might even express a modicum of gratitude. At least they managed to steer clear of truly epic disasters on the foreign policy front.

Disproportionate Emphasis on European and US Victimhood Is Racist

Mark Karlin, BuzzFlash at Truthout: It is an injustice to confine the outpouring of public mourning for victims of violence to those of white European identity.

Will the Obama Administration Finally Bring the CIA Torturers to Justice?

Something Really Really Terrible Is About to Happen to Our Coral

Read the Article at DeSmogBlog

Read the Article at Vice

(I haven’t read this last article yet but I am disappointed in Truthout for joining the mainstream media in this latest crusade against the anti-vaccine movement. The problem with vaccines in my opinion is not the germs but the poisonous additives and preservatives like mercury-a well known cumulative neurotoxin. I like the idea of vaccinations but I do not appreciate the corporations making public health a cash cow at the expense of innocent children. This should not be a partisan issue with liberals joining the corporations side in mocking the anti-vaccine movement. That shows a disgusting lack of awareness and Orwellian mind programming.

f you care about Truthout’s future, please take a moment to read this. We can’t exist without reader support – and we have less than a day to raise the $17,000 we need to keep doing our work. Will you help truly independent journalism survive by making a tax-deductible donation now?

Maya Schenwar, The Guardian: If shepherding live human bodies off to prison to isolate and manipulate them without their permission isn’t ethical, why is shipping those bodies off to compulsory treatment centers an acceptable alternative?

Peter Dreier, Truthout: The current Battle of Richmond pits Big Oil and Wall Street against the citizens of the working-class city of Richmond, California. The weapons are corporate cash against the votes of ordinary citizens. What’s at stake is the future of our democracy.

Geoff Gilbert, Truthout: Laura Poitras’ new documentaryCitizenfour identifies mass, suspicionless surveillance as it is defined by internal NSA documents, while telling the story of how we, the people, are lucky to have even learned the limited information we have to date.

Joseph “Jazz” Hayden, Truthout: The presumption of innocence should be respected for all citizens, not just the rich. Setting bail out of the financial reach of ordinary citizens assures that jails are full of people not convicted of any crime.

John Miller, Dollars & Sense: While the collapse of the Rana Plaza factory building in Bangladesh was in one sense an accident, the policies that led to it surely were not. Since the tragedy that took 1,138 lives, an international effort has taken on deadly conditions at the plant.

The Daily Take Team, The Thom Hartmann Program: Kentucky Opportunity Coalition, a “nonprofit” group, has spent at least $14 million since the beginning of 2013, just one example of a dark money group pouring funds into elections. The group keeps a lot of secrets, including donors, but their goal is to help re-elect Republican Sen. Mitch McConnell.

Karin Kamp, Moyers & Company: You would think that making it easier for citizens to vote would be something for everyone in a democracy to celebrate. Not the GOP, and you’ll be shocked by Republican candidates’ remarks.

Tatyana Fazlalizadeh, Visual Therapy: A Brooklyn-based artist created a series of posters pasted in public places, with the aim of stopping street harassment. The posters imply that harassers are not entitled to women’s smiles or any other part of them.

It’s 2014, Why Do We Still Need Laws Banning Coerced Sterilization?

Steve Horn, DeSmogBlog: A new report that calculates fracking production numbers on a well-by-well basis for shale gas and tight oil fields throughout the United States concludes that the future of fracking is not nearly as bright as industry cheerleaders suggest.

Dan Falcone, Truthout: Activist and author Medea Benjamin talks about Ferguson, the militarization of police, US education, Obama versus the neocons and more.

Mark Karlin, BuzzFlash at Truthout: There are now more than 1.25 million students in the United States who meet the definition of being homeless.

Could Bhopal Happen Here? The Shortcomings of Chemical Safety in the US

Report: 90 Percent of Journalists’ Murderers Across the World Get Away With It

Edward Snowden Taught Me to Smuggle Secrets Past Incredible Danger, Now I Teach You

Read the Article at The Intercept 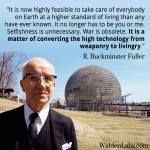 ‘Permanent Protest Vigil’ Launched to Confront First Tar Sands Mine in US
http://www.commondreams.org/headline/2014/05/29-3

Extended Presence of US Military Will Not Bring An End To Violence In Afghanistan
http://www.commondreams.org/video/2014/05/29-0

Sonali Kolhatkar: From Elections to Mass Movements: How Wealthy Elites Are Hijacking Democracy All Over the World
http://www.commondreams.org/view/2014/05/29-9

Friends of the Earth: White House Doubles Down on ‘All-of-the-Above’ Energy Strategy
http://www.commondreams.org/newswire/2014/05/29-0