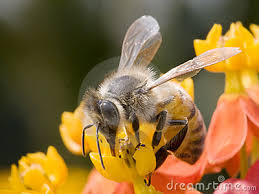 Europe has come to its senses on the matter of protecting honeybees. Here in the U.S.? Not so much. At least, not yet.

This week, the European commission decided to ban certain pesticides, including those classified as neonicotinoids, known to destroy honeybee populations. The decision was backed by the European Food Safety Authority (EFSA). But here at home, the U.S. Environmental Protection Agency (EPA) is weighing approval of a new pesticide, sulfoxaflor, brought to us by Dow Chemical Co. This despite the EPA’s own admission that sulfoxaflor, referred to by some as a “next-generation neonicotinoid,” is “very highly toxic” http://www.beyondpesticides.org/dailynewsblog/?p=9531 to honeybees. If the EPA approves sulfoxaflor, beekeepers say commercial beekeeping will be extinct by 2018. http://washingtonexaminer.com/first-bees-now-birds-seen-dying-from-epa-approved-pesticides/article/2526045

Will the EPA protect honeybees and our food supply? Or will our taxpayer-funded officials protect Dow’s bottom line?

Bee-decked in black and yellow and armed with 130,000 petition signatures, a swarm of activists, led by the OCA, Occupy Monsanto and GMO Free DC, buzzed the Washington D.C. headquarters of the EPA on Earth Day to demand a ban on Bayer, Dow and Syngenta’s bee-killing neonicotinoid insecticides.

Neonicotinoid pesticides are blamed for Colony Collapse Disorder, which has already destroyed alarming numbers of honeybee colonies. Bees are exposed to these deadly insecticides primarily through Monsanto’s genetically engineered “Bt” seeds. The seeds are coated in the pesticides to kill pests that the GMO Bt toxin can’t destroy on its own. In countries where neonicotinoids have been banned, bee populations are beginning to recover. Did the EPA hear us? Time will tell. Thanks to everyone who swarmed!