I know this is a relatively small local event, but I want to share in case anyone is local and interested. Also because I am so inspired by this project and I think it would be wonderful if people in other places-even other countries-created something similar.

War is a horrible thing, it leaves scars both visible and invisible. I feel that these kind of supportive community based events can be a catalyst for both healing and building stronger community connections.

Governments tend to use soldiers as disposable commodities-forgetting about their needs as soon as they are no longer useful. But veterans are our loved ones, our classmates, friends and family. They are not disposable!

I think too that non-soldier survivors of war and conflict can also benefit from this sort of supportive and creative outlet for emotion and healing.

So if you live nowhere near Tampa, consider creating something like this in your hometown. All you need is a coffeehouse-or anywhere people can comfortably gather and a bit of determination:-)

If you don’t do Facebook, Meetup.com is also useful for creating public events.
Blessings,
ohnwentsya

We’re very excited to offer a FREE Creative Writing Workshop just before the event, facilitated by local Slam poet, Dennis Amadeus! Open to all veterans, family members, caregivers, friends, local artists & community members who want to support veterans’ voices. Whether you’re interested in learning new skills for self-expression, or looking to break writer’s block, or working on lifting a piece from the page to the stage, this workshop is for you! No admission, just one drink minimum (coffee/tea/smoothie/etc). Come explore your creativity, and stay for the Open Mic!

Hope to see you at Sacred Grounds Coffee House this Sunday! 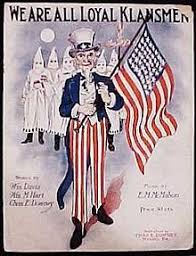 I understand how our legal system works. I know that because we do have a jury system that prevailing racial and cultural attitudes that are fundamentally wrong can influence an outcome such as we have just seen. I understand that this means we have more work to do before our country can actually be amything resembling free or fair.

Tonight Mothers like mine with sons whose skin is not light enough, Mothers whose children walk on streets in southern cities and small towns where racism is the standard, where their children are assumed to be criminals and animals; these Mothers will have to live with a state of stress and fear that no one should have to live with.

Like Mothers in Palestine, in Iraq, Afghanistan and other places of war and violence, they will go about their lives quietly as they have. They will do what needs to be done, get up, go to work, make sure the children have what they need.

Not as every parent inherently knows it, but with a terrifying awareness that their child is a TARGET. That they live where men with guns can use them with impunity, that their child can be stalked, followed, harrassed and harmed-and that if that child intinctively defends him or herself they will be resigning their inherent right to life.

White privilege is the wonderful comfort of NOT ever having to think of this. To be be able to dismiss this essay, this awareness, these emotions as ridiculous or self serving or whatever knee jerk catchall phrase the racists and their (often unwitting) supporters in society are using this week to demean those of us who believe that every single person has the same value, that no one can be assumed to be criminal, a problem, just because of their skin, their clothes, or their neighborhood.

A good friend of mine has a sibling who lived in Sanford. When my friend, who is indigenous, went to visit their sibling the sibling was very worried that my friend would walk around freely at night in Sanford and not understand how dangerous it was. That my friend would not understand the rules were different, that in that place my friend did not have the freedom we take for granted in St Petersburg to walk where we want, to run if we feel like it, to ignore assholes and idiots who scold us for where we are walking.

At the time of this visit my friend came back and told me about the sibling’s worry and lectures and it was kind of humorous how ridiculous and throwback the sibling’s gated community and podunk hick Florida town was.

It is not so funny to me anymore.

What this trial has shown us is not that Zimmerman is not a racist-only that he is not any MORE of a racist than his neighbors-than a “jury of his peers”.

It has shown us that in Florida, the right of a white person to be a damn fool with a gun is sacrosanct.

Even tho in a very similar case in Tampa recently a black man in a similar situation-a licensed gun carrier who stupidly brough his gun and created a pointless confrontation that resulted in a young father’s death-was sent to prison.

At the time, that man thought and stated that due to similar cases where white men were exonerated for taking actions similar to his he too should have gone free.

I don’t think so.

I think all idiots whose ridiculous, self centered, and poorly thought out choices result in someone else’s death should go to jail. It is not in my opinion, racist that the black idiot goes to jail but that the white idiot does not. In both cases an innocent person is dead. In both cases that is WRONG.

We have now seen unfortunately that no matter how wrong it is, it is not illegal.

This sets a precedent-whether or not it does so legally, it certainly does so culturally, in the media, in the minds of people who will now choose to carry their guns and take stupid actions that result in harm to others pointlessly, simply because they now KNOW they CAN.

What my friend found not humorous, but deeply disturbing about the visit to Sanford a few years ago was that the non-white residents were so afraid that their behaviour was confusing to us. It was just like the behaviour I was used to in the small agricultural town I grew up in back in the 1970’s.

Black folks took insults, nasty behaviour and demeaning behaviour from white folks without question. They behaved subserviently, fearfully and controlled where they walked, what they said-even what clothes they wore. They even prevented my friend from responding to rudeness normally-seeming very afraid of what might happen.

In the 70’s we knew why this was, and we were actively fighting it. (Our “uppityness” resulted in threats of a late night visit from the local Klan chapter that strangely never materialized after we assured them we would enjoy the ease of targeting created by their white sheets)

My friend and I could not understand why the people in that area of Florida behaved that way in what we thought was the modern, more progressive 2000’s.

Now we know. Trayvon was a city kid like us. He didn’t know any better than to fight back when some “creepy ass cracker” followed and attacked him.

To me this is not theoretical-had my friend been accosted the result could very easily have been the same.

I have a cold, sick feeling in the pit of my stomach. How can 40 years have passed and nothing has changed?

This post is especially for my Mom, who loves hummingbirds;-) This is a reblog from one of my favourite blogs, Serenity Spell-(even tho it appears as a post thanks to dialup refusing to LOAD the “reblog” button;-/ )

So please forgive the abnormal way of reblogging, and be sure to click the link and check out both this post and the rest of Serenity Spell-if you love nature, beauty and learning new things there is absolutely no way you won’t love Serenity Spell;-)

Last night at our local wetlands, I ran into a friend who mentioned seeing a ruby-throated hummingbird in his yard a bit early! And this morning, Michelle from Rambling Woods posted on the topic. Since they’ve hit the Gulf Coast states a wee bit ahead of their migratory schedule, let’s help them REFUEL on their non-stop 500-mile journey!

I’ll be getting the feeder ready for these lovely guys ASAP habitat loss and destruction are the hummingbirds main threats today, but changing temperatures are also affecting their migratory patterns, making it harder for them to find food.

Learn more at Annenberg’s “Journey North” website track the hummingbirds, learn how to help, and take a peek at the updated migration maps! 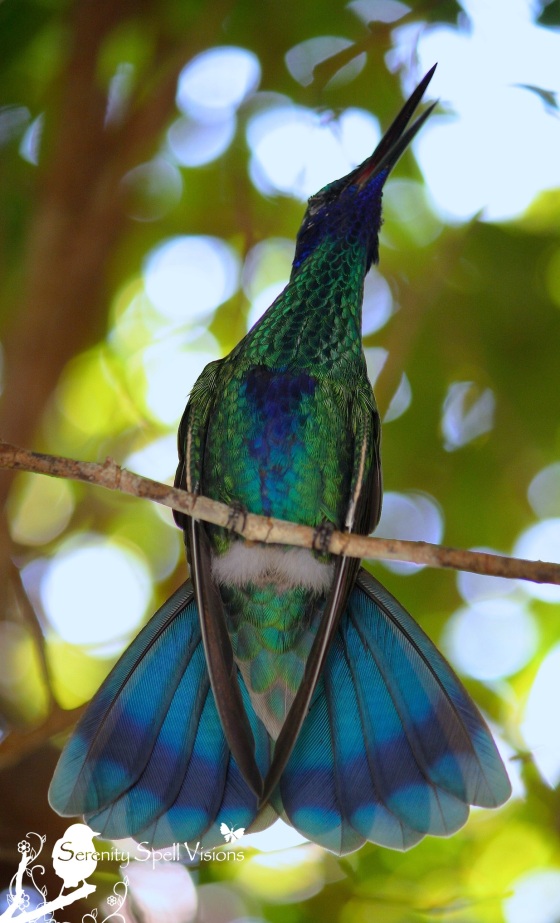 Sparkling violet ear hummingbird: Not in my yard, but at Butterfly World, the largest free-flight hummingbird aviary in the US. A most amazing, beautiful, and fairy-like place!

Fun and Fascinating Facts About Hummingbirds:

An animal’s eyes have the power to speak a great language. ―Martin Buber

In preparation of an upcoming post on Black-crowned Night Herons, and in honor of Halloween, I give you the lovely and brilliant red and orange glowing pumpkin stares of these lovely wetland waders. I’m always captivated by birds’ eyes, but some are especially striking….