This article contains multiple videos so I am posting the intro only. Please click the link below to see the full article with all videos. Blessings,
ohnwentsya 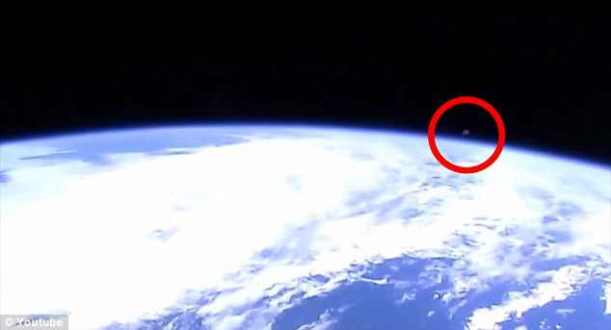 NASA Cuts Live ISS Video Feed As UFO Appears (Real Footage)
January 23, 2015 by Arjun NASA was recently accused of cutting their live feed from the International Space Station (ISS) just as an Unidentified Flying Object (UFO) was spotted hovering in sight.
The event took place on January 15th and is causing quite a stir. As you can see, it’s a small grey object slowly rising and then disappearing as NASA cut the feed. I am not saying this is an extraterrestrial space craft, but it’s unidentified.

That being said, I have provided some officially documented UFO footage from NASA in a video below this one, as well as more, vital information regarding the UFO phenomenon.

The video seems to be going viral, and sparking much controversy as many mainstream media outlets are claiming that the accusers are ‘conspiracy theorists.’ Anytime the subject of UFOs is placed within the realm of conspiracy theory, it does harm to a very serious issue that has had the attention of governments, military/intelligence agencies and many others for a very long time -not to mention several NASA astronauts.