(Excerpts from the article By Robert Naiman at Truthout)

One of the many graffiti pictures on a wall that separates Palestine and Israel. (Photo: No Lands Too Foreign / flickr)

Could Americans force the story of Palestinian nonviolent resistance to land confiscation onto the agenda of mainstream US media?

To be effective, a strategy of nonviolent resistance to injustice requires an audience.

There is a precedent that may be relevant. When Occupy Wall Street began, it was ignored at first by mainstream media. To find out what was going on, you had to go to social media like Twitter. When the story became well-established in social media, mainstream media had to take notice.

Thousands of Americans have already signed our pledge. You can join them here.

(This is a selection of brief excerpts from this article-Please see the whole article and links to others like it at Truthout http://www.truth-out.org/opinion/item/14123-what-will-happen-in-palestine-friday-morning) 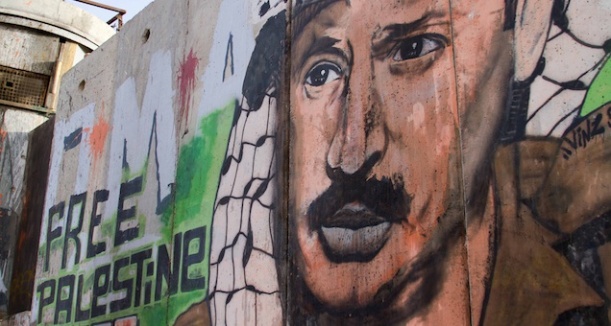