The Future Is Now: Zapatista Memories of the Future. 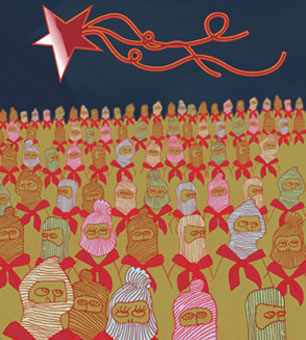 (Excerpt-click the link above to read this article on Truthout)
In the case of the Zapatistas, it is the desire for a world outside of neoliberal exploitation, in which life is not disposable. Or, as the Zapatistas are fond of saying, a world in which many worlds can fit.

For 10 years now, the Zapatistas have been living autonomously, creating a world not consumed by capitalism’s manufactured desire. It would be naive to assume that there haven’t been serious stumbling blocks to overcome, but nevertheless they have managed what many believe to be impossible, a life outside of capitalism’s culture of disposability. They have refused to be relegated to an undignified living death as excess and created a new world based on dignity, autonomy and sovereignty. The Zapatistas haven’t moved with the speed that many thinkers and activists would like, but that is perhaps the greatest lesson to be learned from them. In the First Declaration, they note that they are the product of 500 years of anti-colonial resistance, and each communiqué since then has highlighted the continued need to resist exploitation and exclusion in all their forms. Only through continuous resistance can people realize the memory of a non-disposable future. The process of de-colonialization and resistance to dehumanizing forces is never-ending, so patience is by far the most important virtue. Or, as the Zapatista axiom states, “we walk slowly because we are going far.”